On the Road: Into the Cold

Now we were in West Virginia andcame upon a quirky little place called Thomas. There was a well-preserved row of old-fashioned shops, most of which unexpectedly contained art or antique galleries. Quite avant-garde and interesting, some of the galleries.  They wouldn't be out of place in Hoxton. 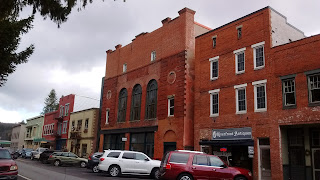 It was apparently one of those situations when one artist moves in and then others follow. 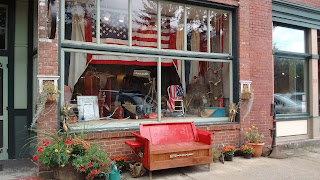 But it was cold, bitingly cold. And there were no more autumn leaves. The girl in one of the galleries, wrapped up warm, explained it was because of the elevation. "Drive 20 minutes in any direction and you'll see the leaves again."

As the sign suggested, a railway had gone through here. 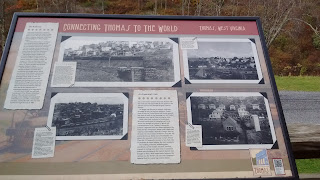 But we took to the road again, passing ski rental shops and seeing gaps cutting through the already frost-capped trees where, evidently, the ski runs ran. In a village called Dry Fork we passed the gloriously-named Dry Fork Assembly of God and the Riverside Appalachian Church of God. As so often on these trips, a picturesque rock-strewed mountain river ran alongside the road and as so often on these trips, we got stuck behind something bigger and slower. 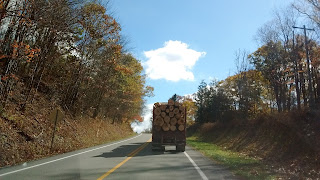 But our (im)patience would soon be rewarded. The scenery was about to get a whole lot more spectacular.