On the Road: Okefenokee Oscar

Heading south through Georgia and a spectacular sky 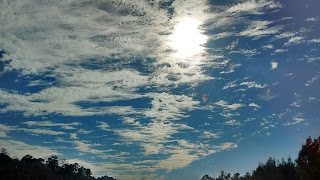 This is the country for interesting signs - I always marvel at "Deer and Hog Processing", though I should be used to the deer bit by now, having lived in western New York. Then there was Jack's Hot Spot Live Bait and - the mind boggles, "Great Southern Exterminating."
But as we came to the fabled Okefenokee Swamp, 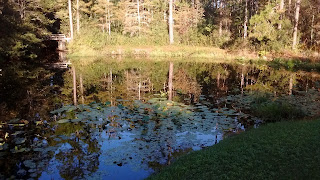 the signs got serious. 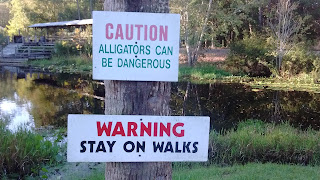 Can be?
The girl at the Visitor Center (sic) 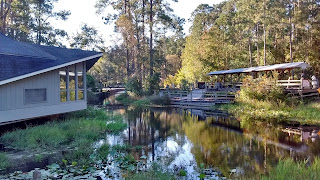 said there are people who ignore the signs. Like one chap, full of himself, who insisted on going right to the water's edge to take photos. Little did he know that, lurking just a few feet away, was Oscar, the swamp's biggest alligator. Luckily he wasn't hungry. Here, you will be relieved to know, is Oscar today. 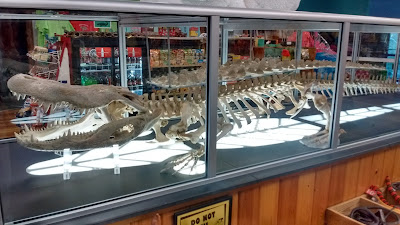 A sign says, "The Legend Returns". Oscar died in 2007 at around 100 years old. He was apparently quite good-natured, as alligators go, not like the current incumbent of the "dominant male" position, who's called Crazy and lives up to his name.
The shop at the Visitor Center contained some intriguing artefacts.... 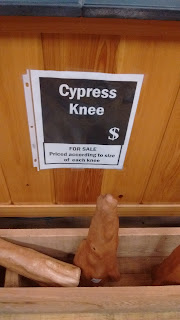 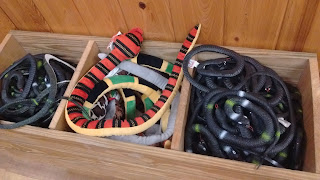 Note the flip-flops. Funny how we get a thrill from alligators but also try to persuade ourselves that they're cuddly. 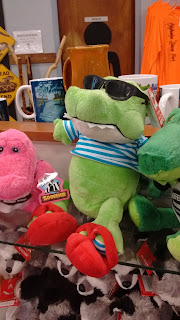 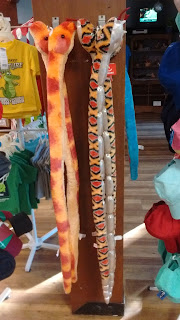 These would make nice table centrepieces. 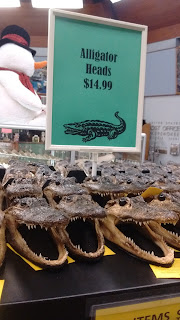 Just add a few flowers.  Now here's an interesting one. 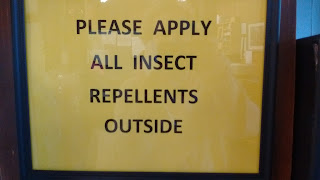 I can see that they need to spell things out. 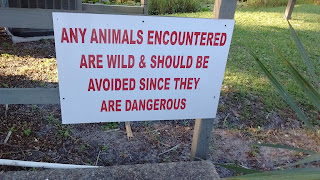 Leaving the Visitor Center and ambling down to the lake, we had a feeling we were being watched. 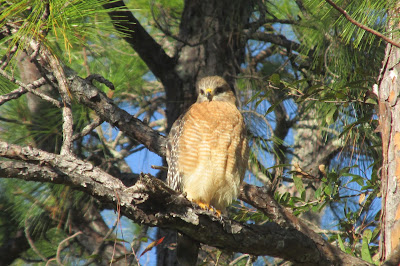 I believe this pretty fella was a red-shouldered hawk. Here (s)he is in profile. 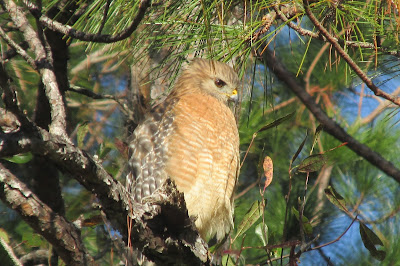 "Wait, you gotta get my good side!"  They are reportedly fond of swamps. Someone else was watching us too. Sister-in-law spied two eyes breaking the water's surface. 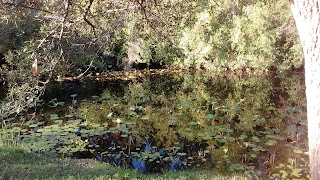 I couldn't spot them but the girl had told us the gators start coming out to sun themselves after 11am. It was about a quarter to. So that figured.

A little further along, there was a bridge 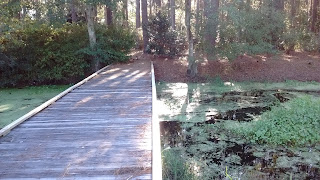 you definitely don't want to fall off. 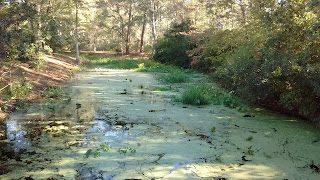 More swamp stuff coming up... watch this space!
Posted by Alenka at 2:15 PM