Its story is one of the stories that made Buffalo. 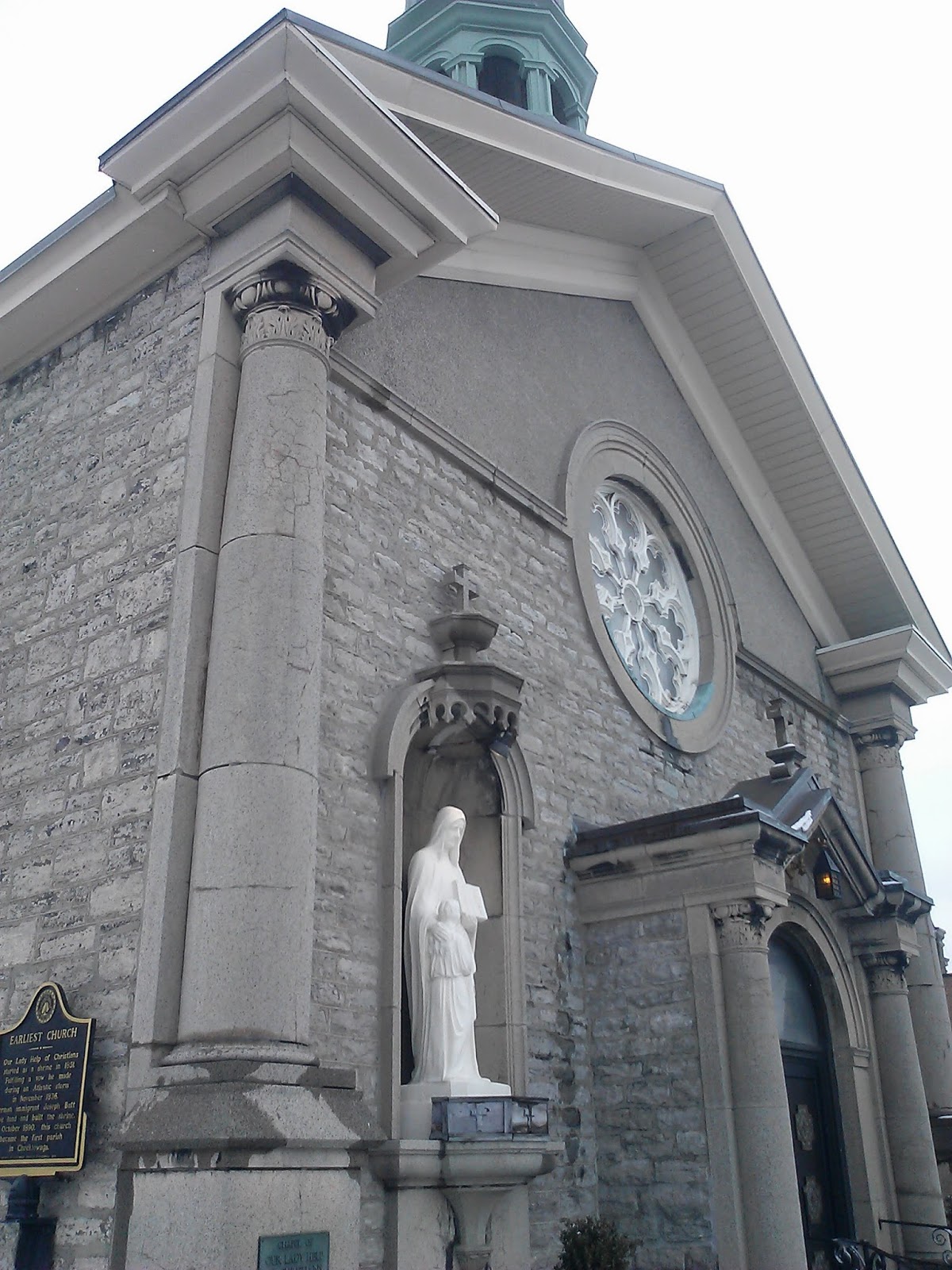 In 1836, a German immigrant called Joseph Batt, voyaging to a new life in America with his family,was caught up in a ferocious Atlantic storm. 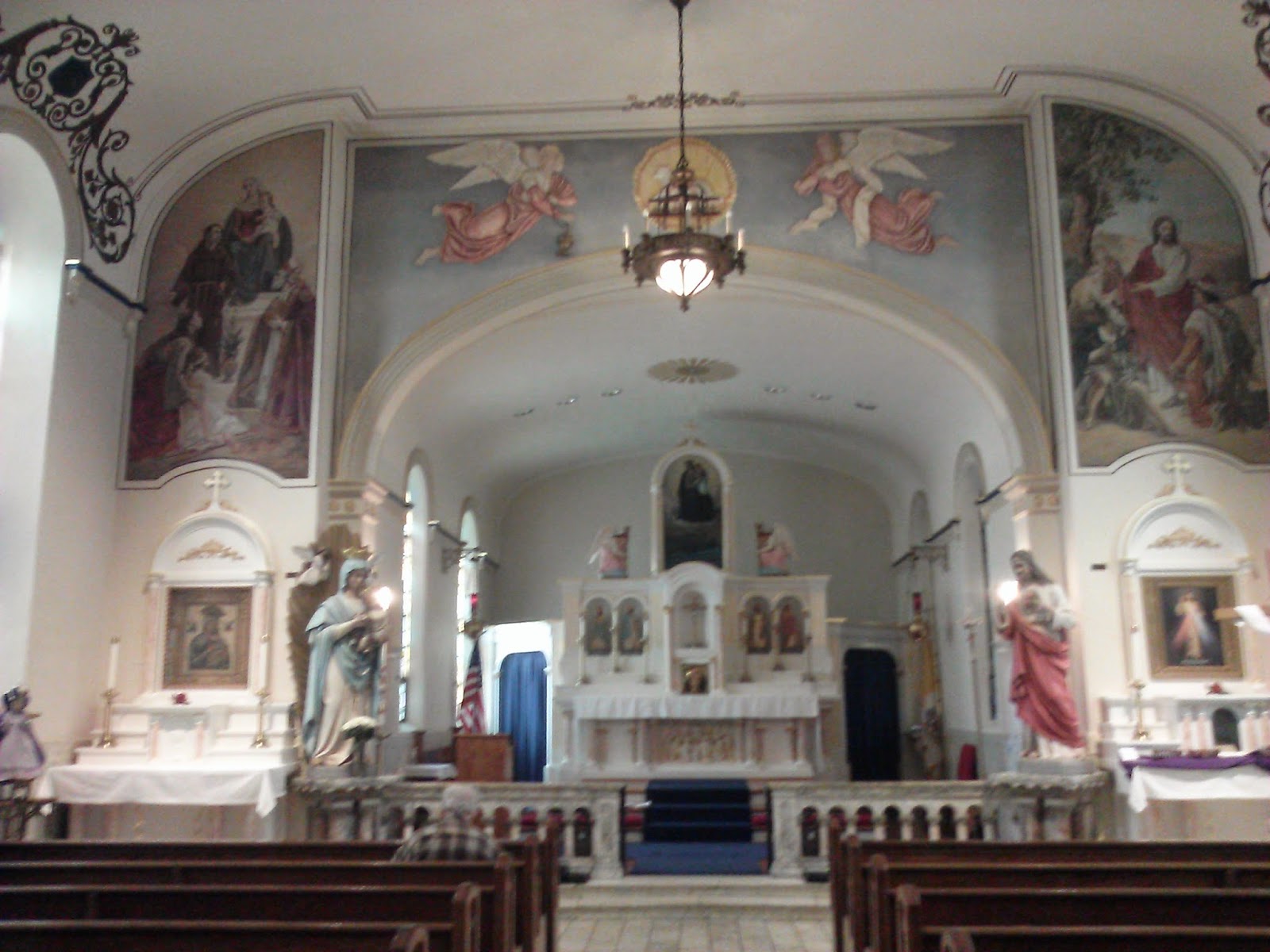 He vowed that, if he survived, he would build a shrine to the Virgin Mary, "Our Lady, Help of Christians." 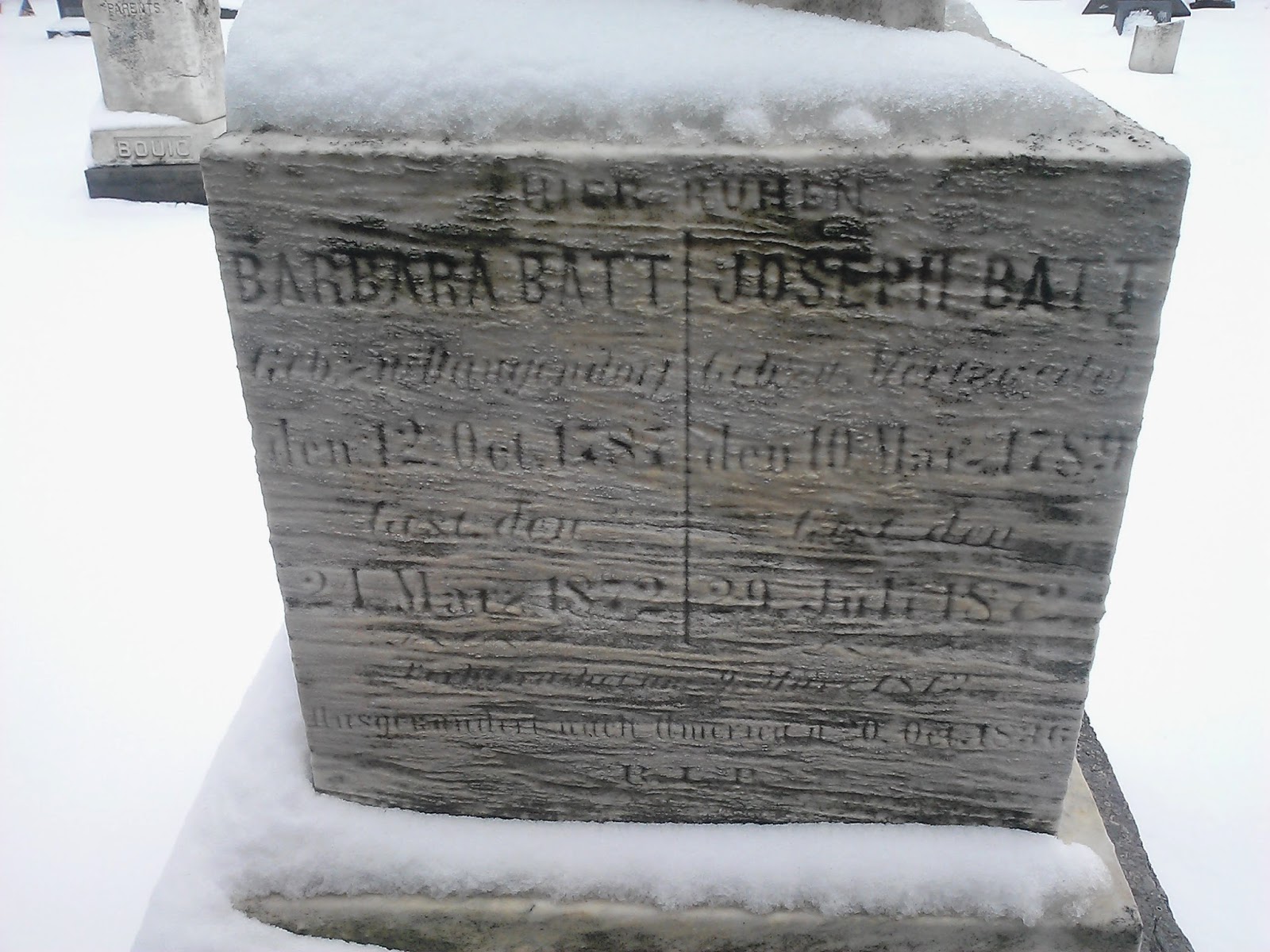 Joseph Batt kept his promise and the church was built in the 1850s.  As well as the pretty interior, it has an interesting outside altar. 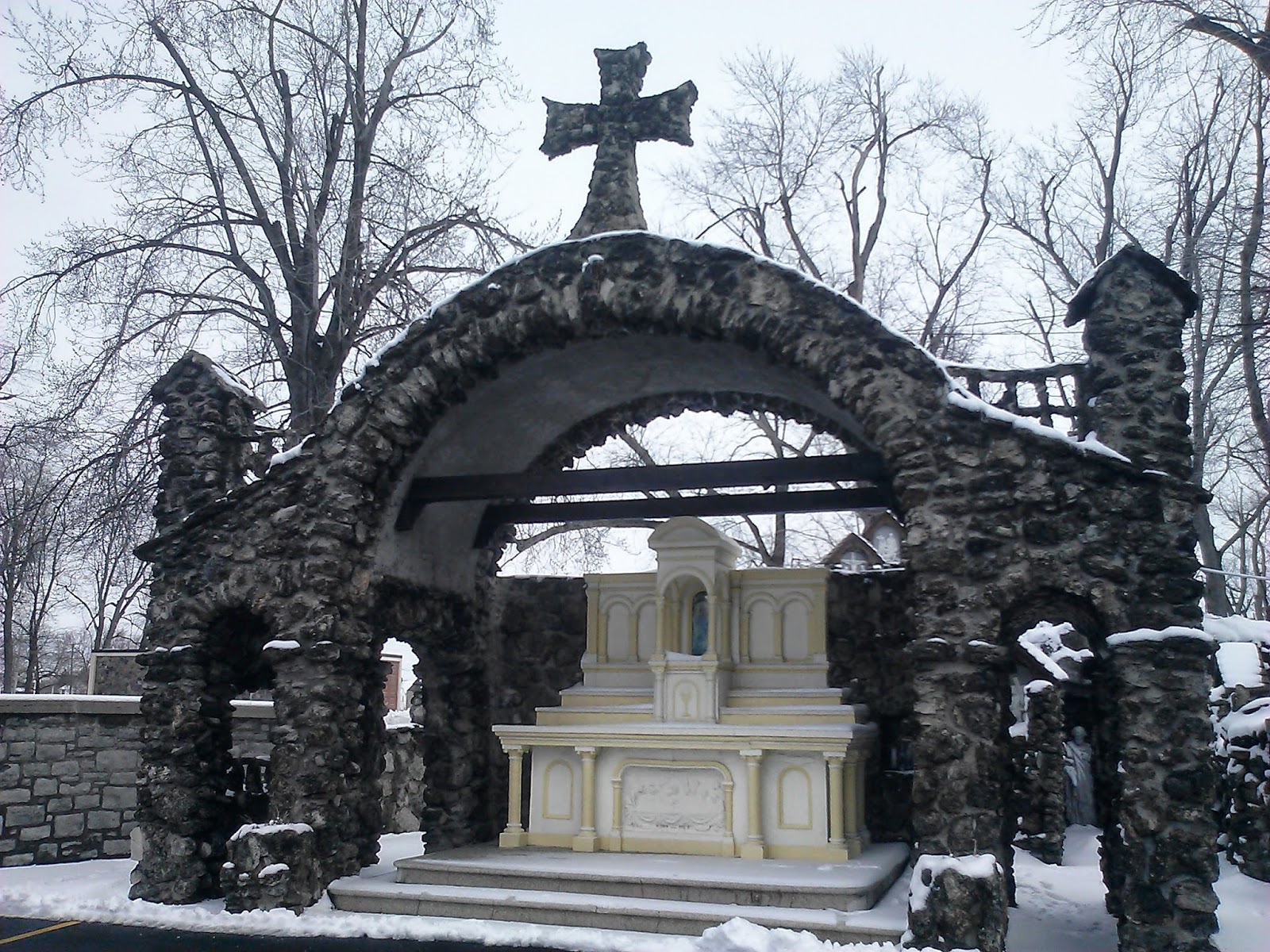 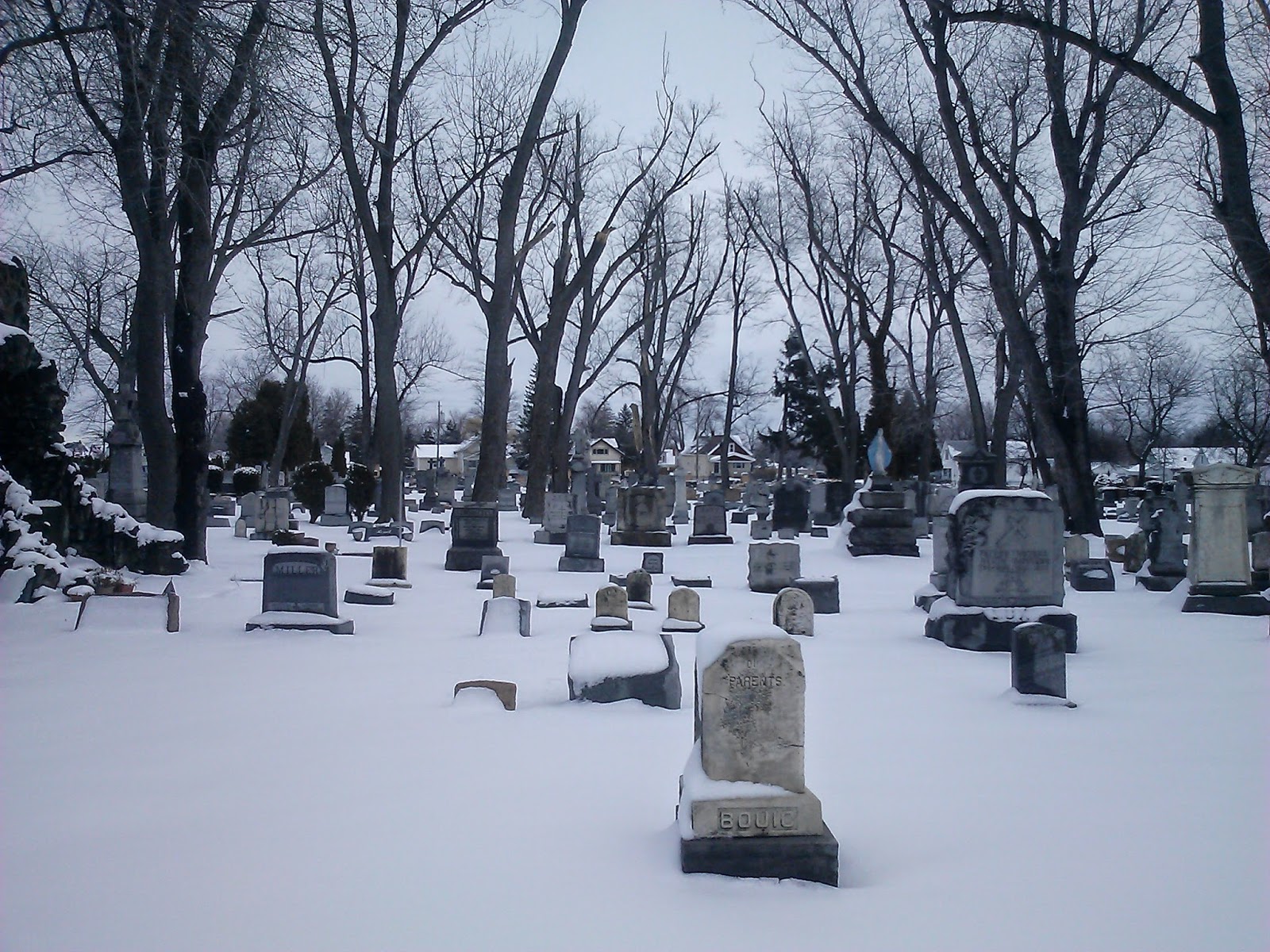 And plenty of interesting grottoes to explore. 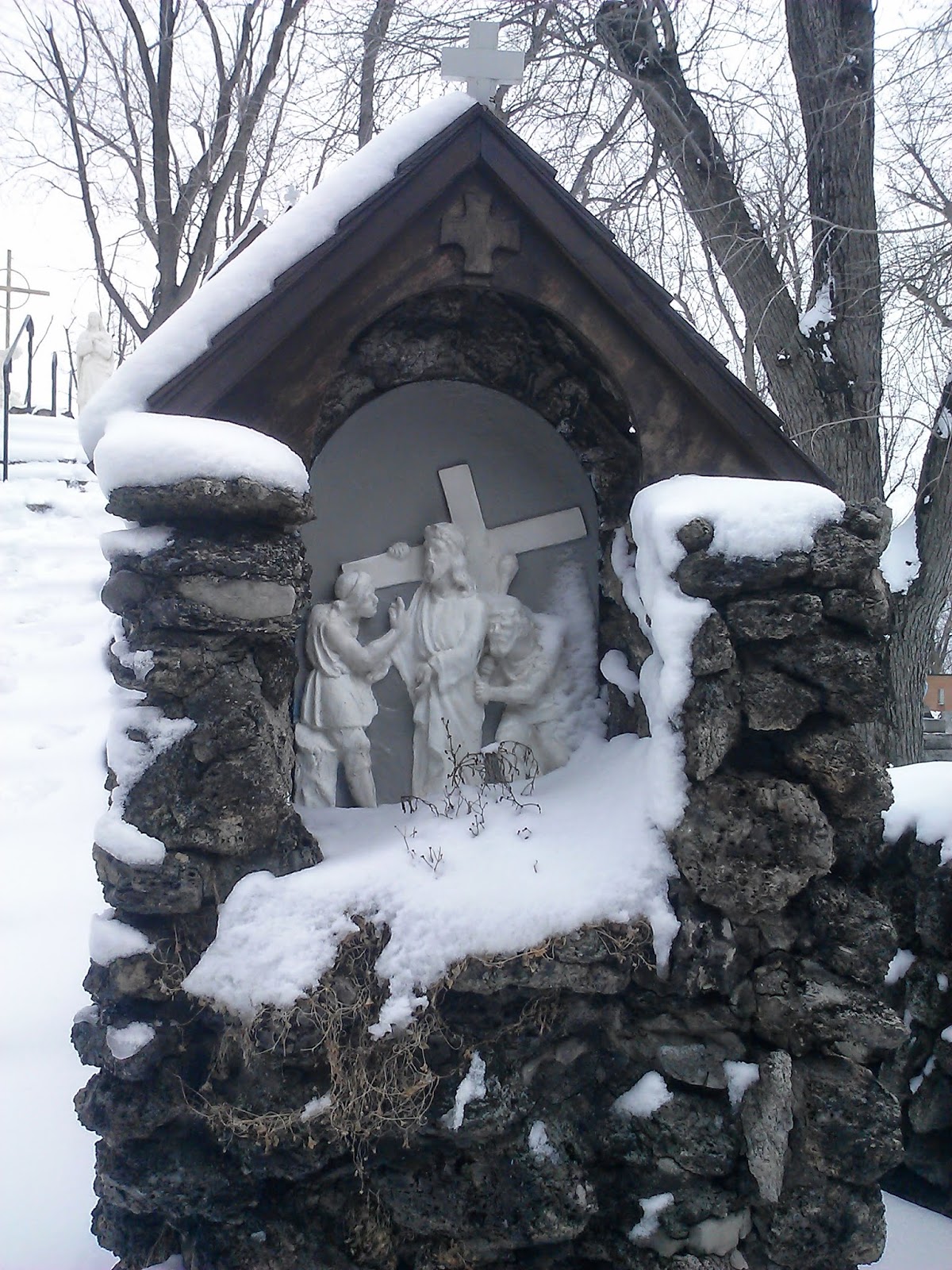 The church became an important place of pilgrimage, particularly for immigrants giving thanks for their safe arrival in America. 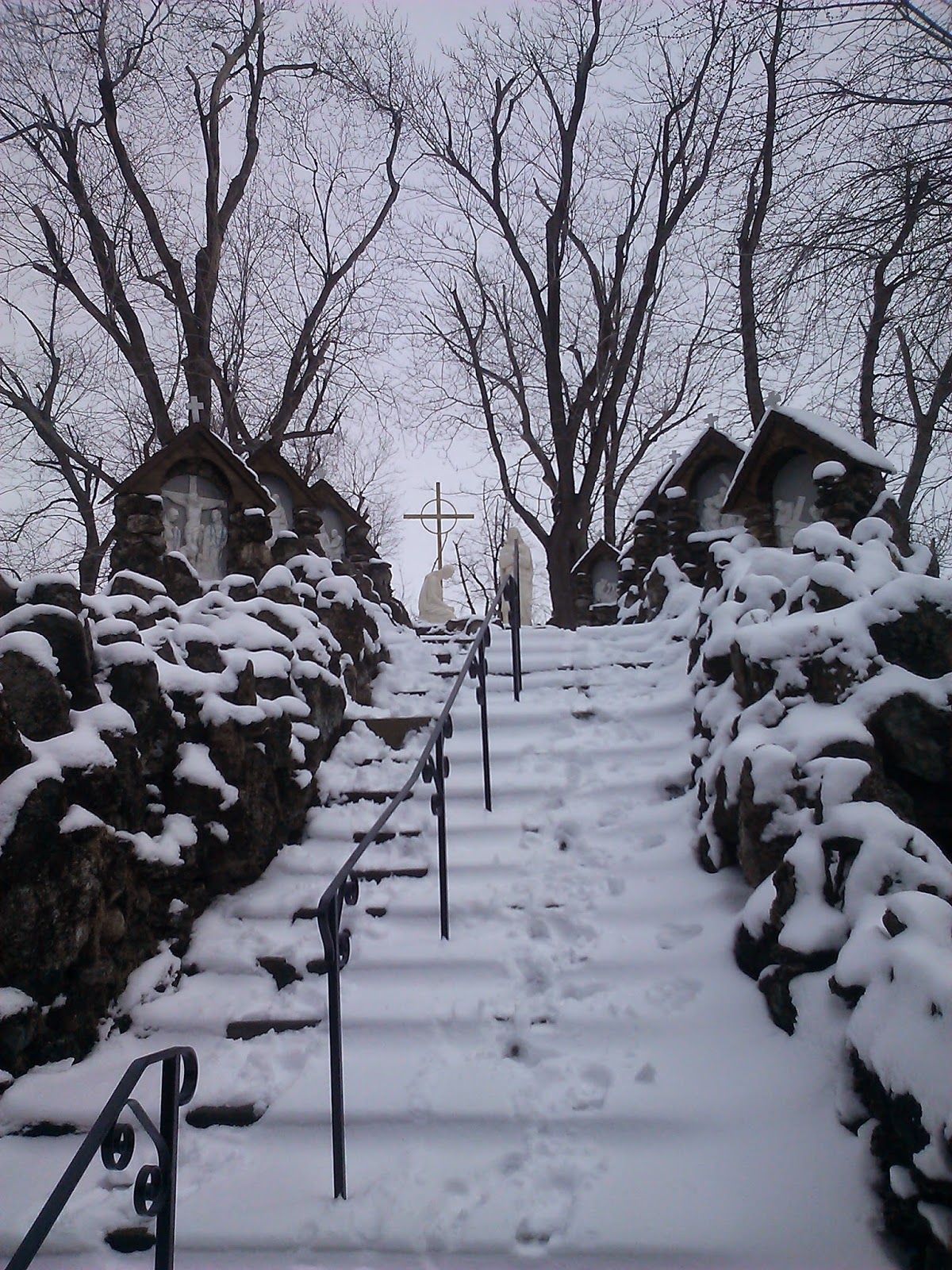 These days, there's a bigger modern church next door and the old church is now called the Chapel. It was recently restored to its original glory, with the help of parishioners' old photographs and is classified as a Historic Monument. How romantic it looks in the snow!
Posted by Alenka at 11:09 AM