Yes that was its name - put up in 1754 in what's now Pennsylvania by an inexperienced young soldier boy called George Washington, who was expecting an attack by the French. 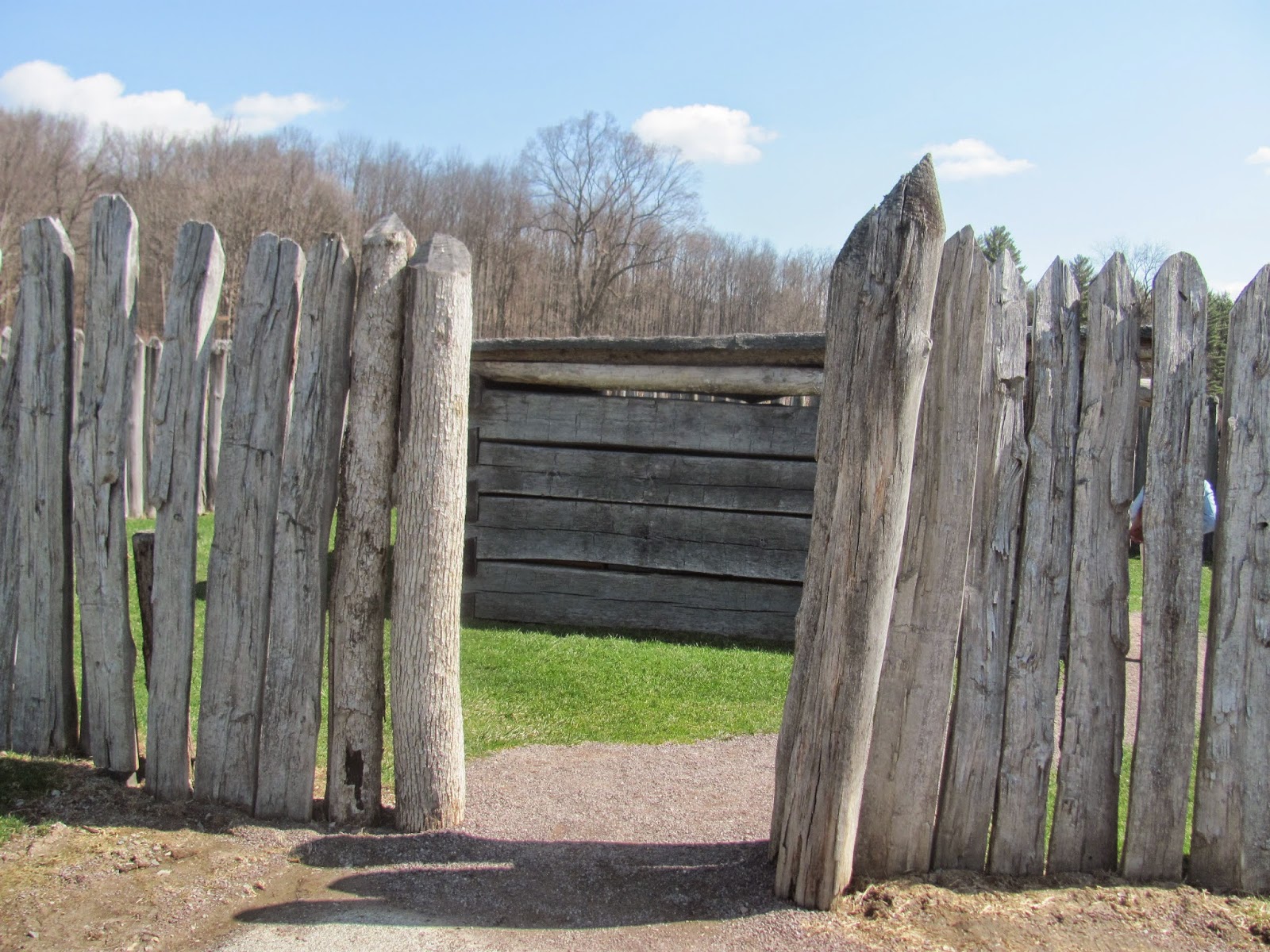 This isn't the original but a reconstruction - since the French won the battle and burned it down. Despite calling it "A Charming Field for an Encounter",  Washington made a lot of mistakes, for example building the fort too near the trees 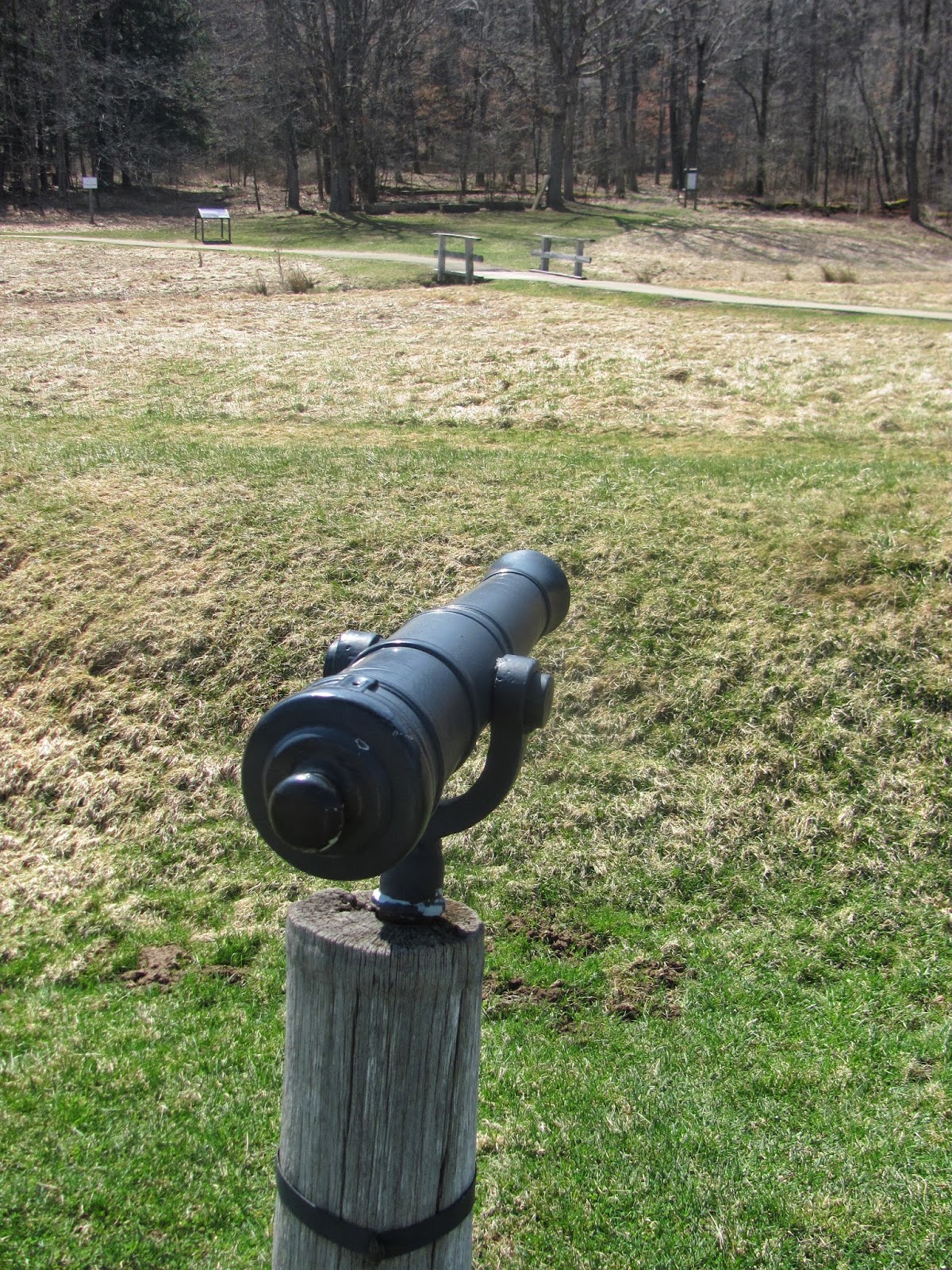 and in a boggy spot - see below. 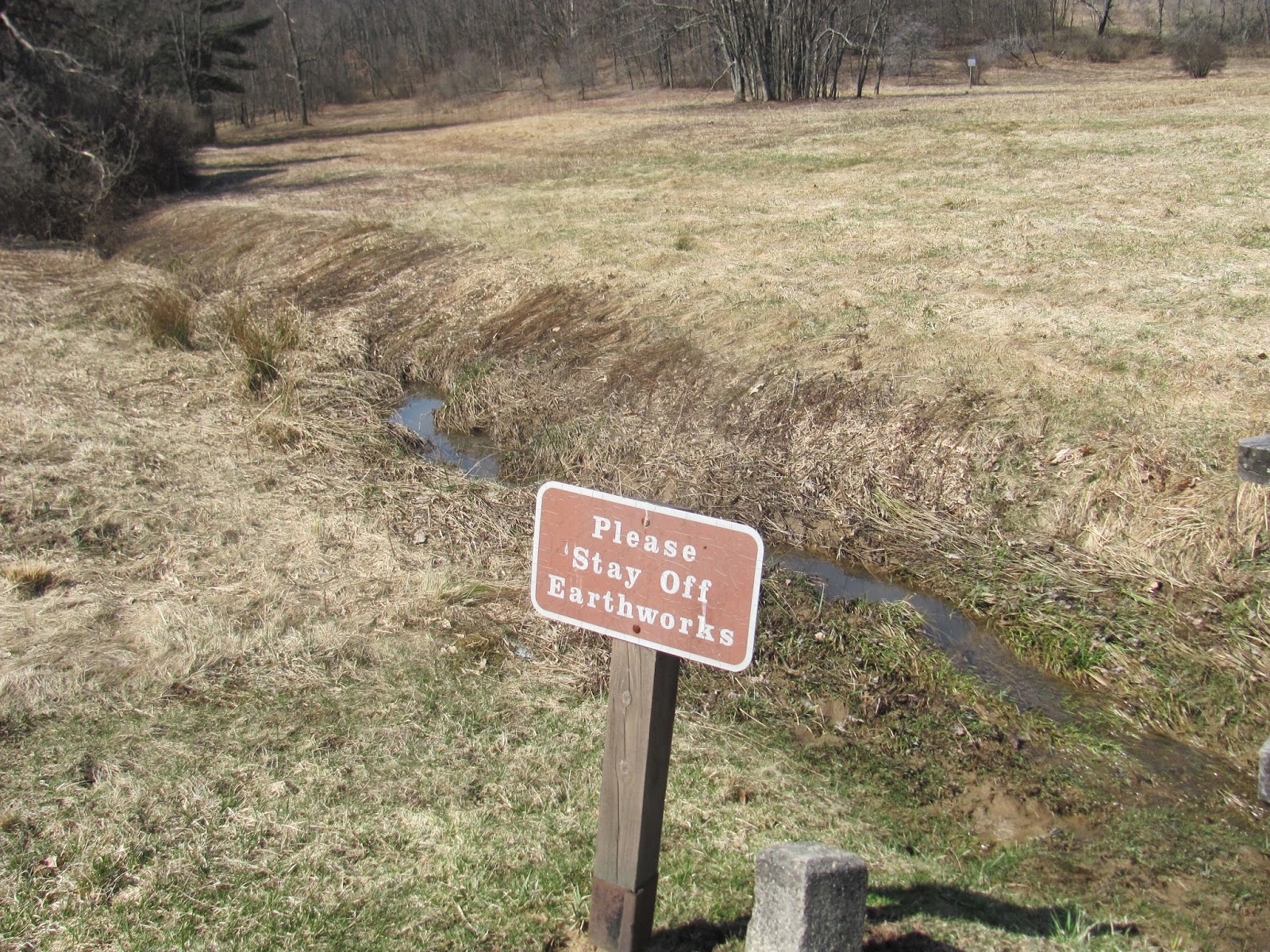 And it didn't help that, unlike the day sister-in-law and I visited, it poured with rain throughout. Still, it was an interesting construction while it lasted. 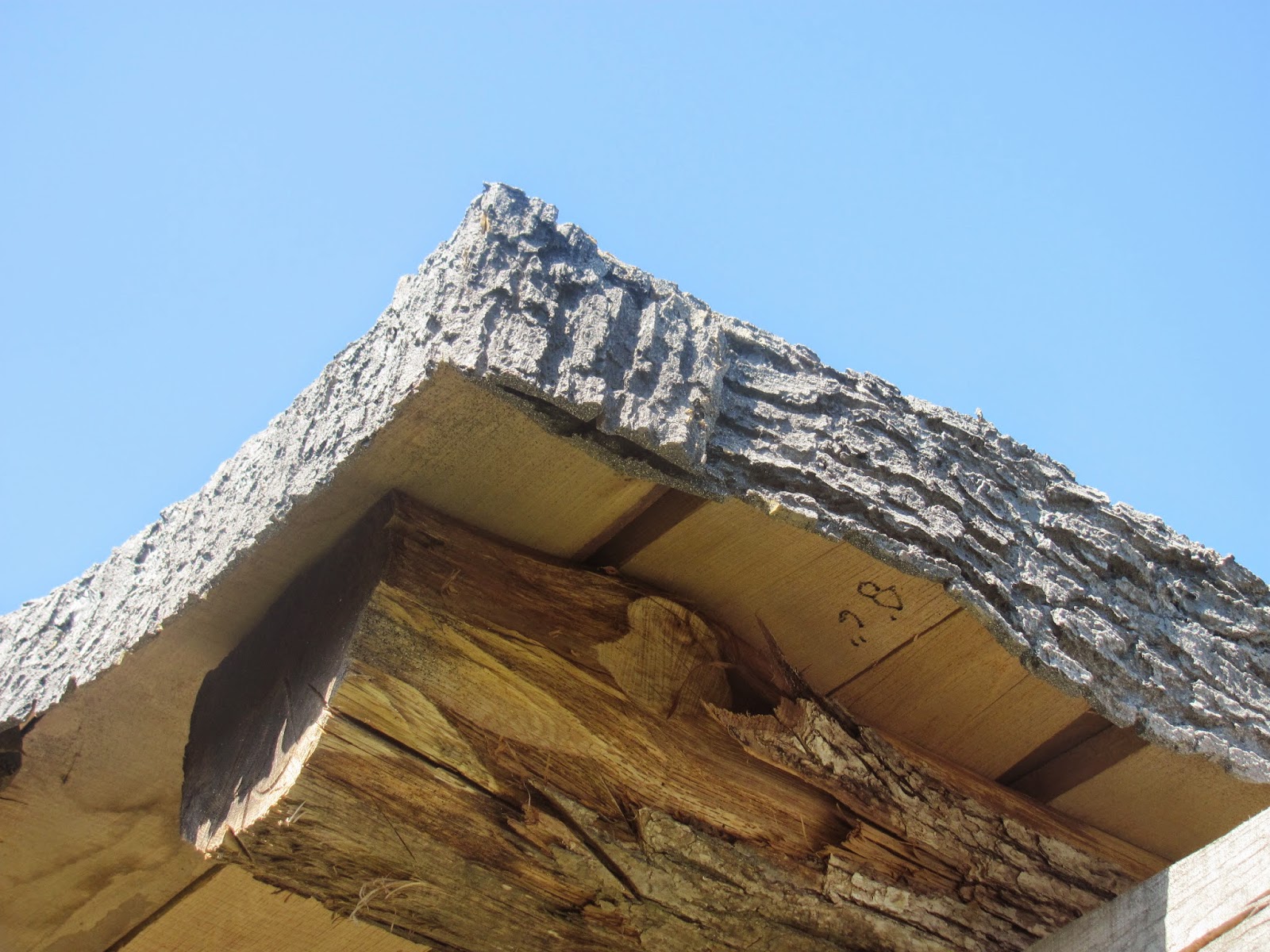 But unfortunately it was closed. 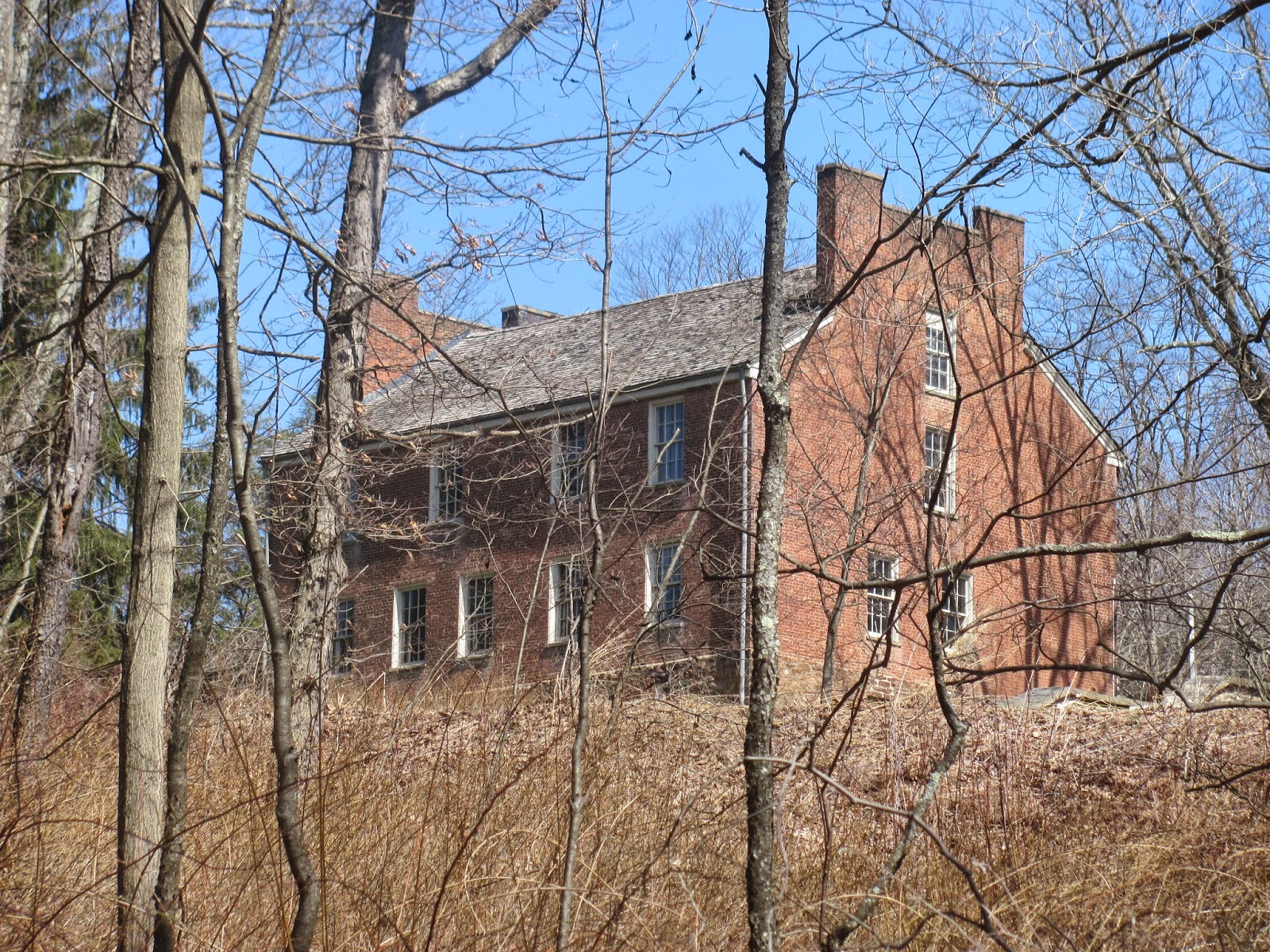 But there was a children's playground. 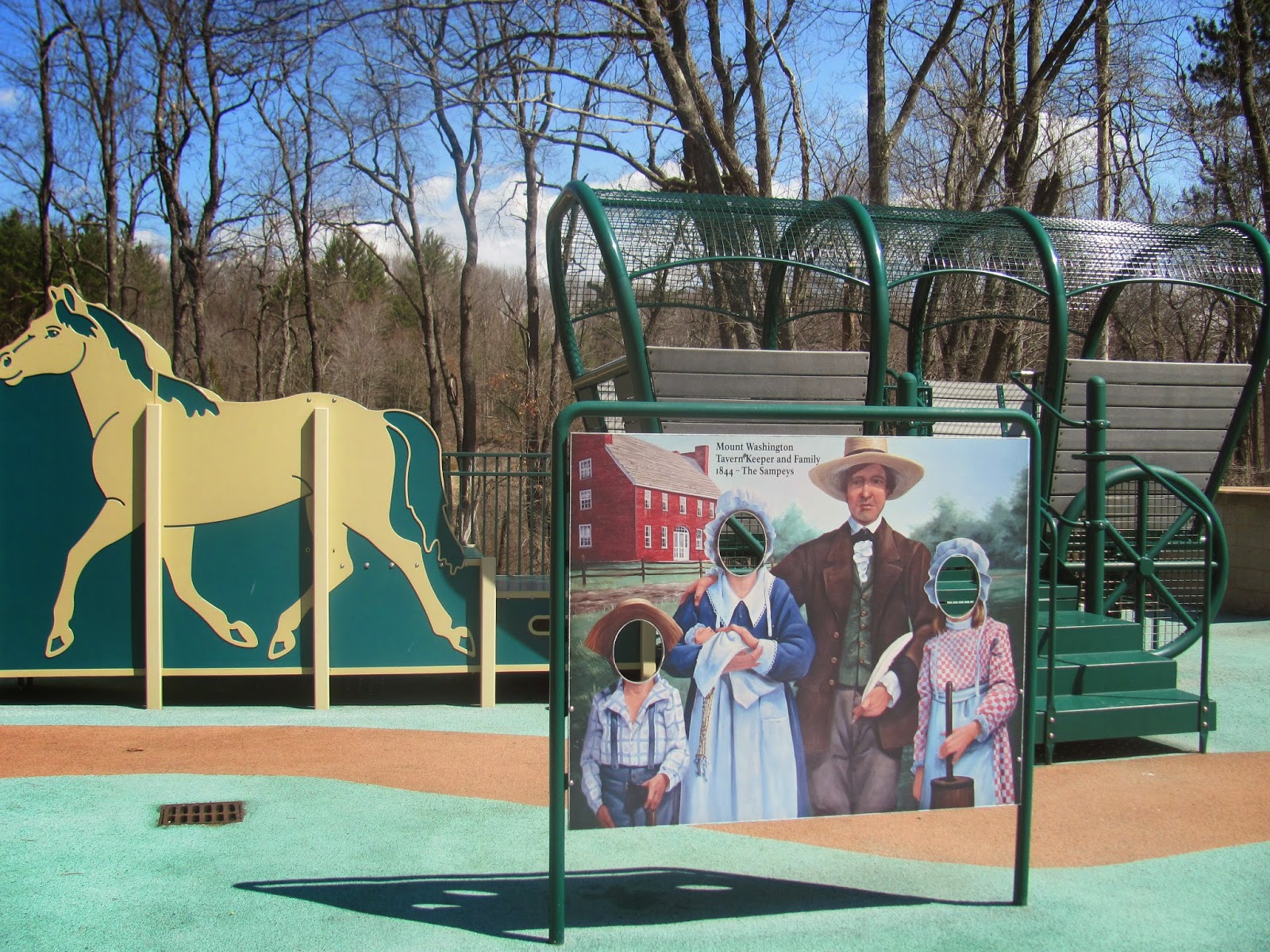 With a smaller version of the Fort. 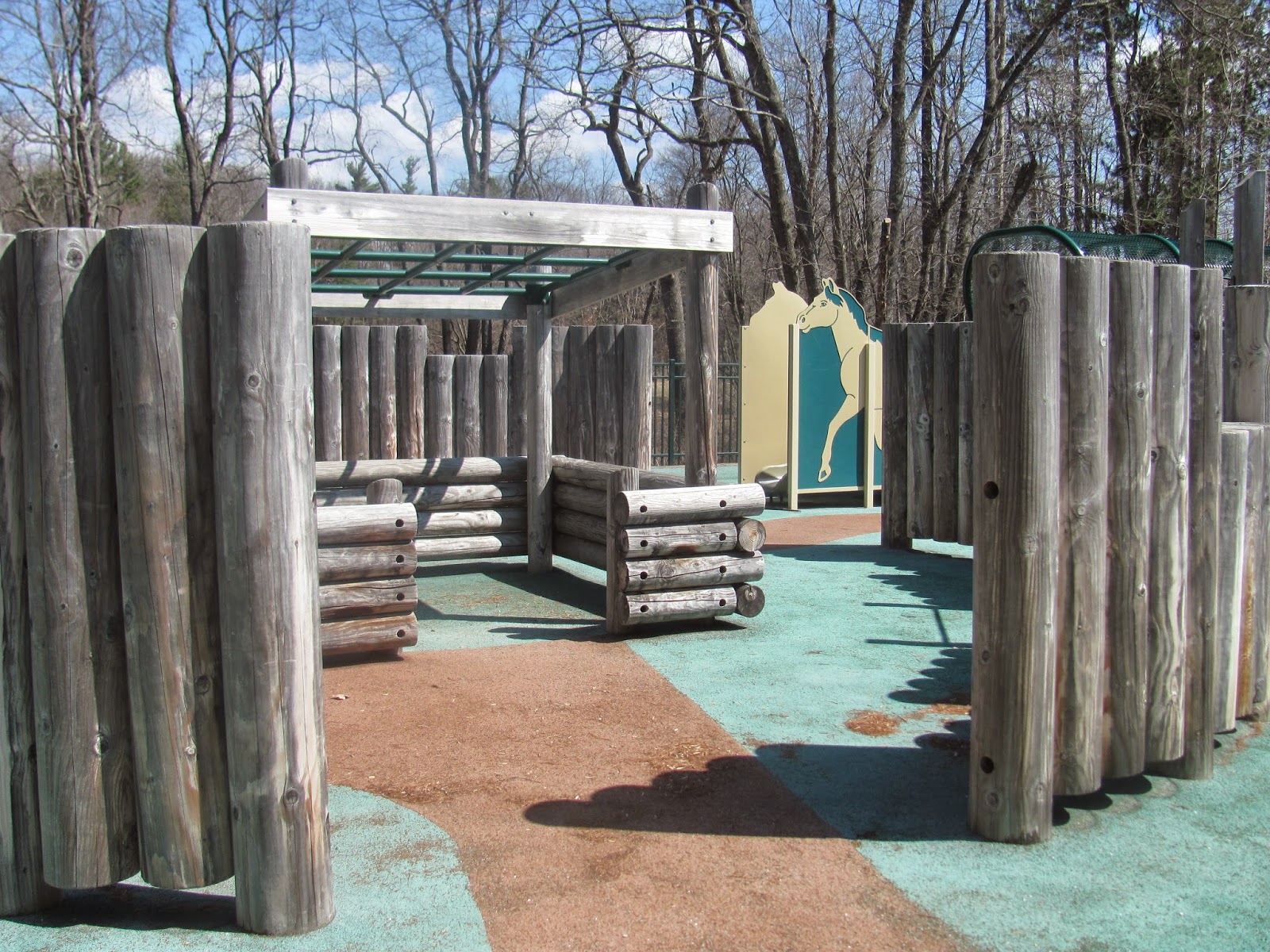 And the usual rules and regulations, which always make me wonder how our generation ever survived. 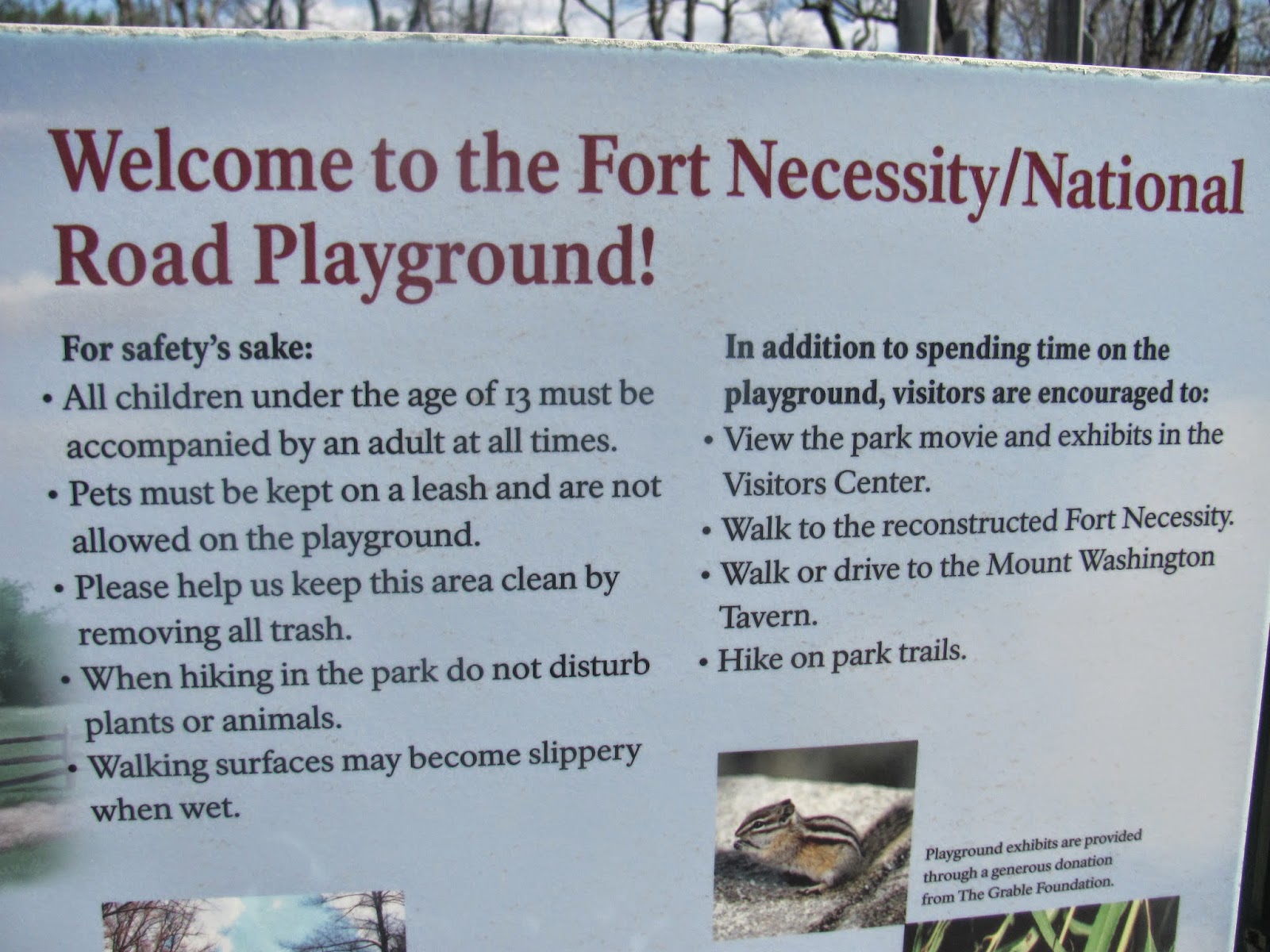 There was also a Visitor Center (sic), where we watched a video. They were very excited to meet someone from Britain. For my part, I remarked that it was good to visit a battlefield on American soil where we were actually on the same side.
The sign seemed a little ironic under the circumstances. 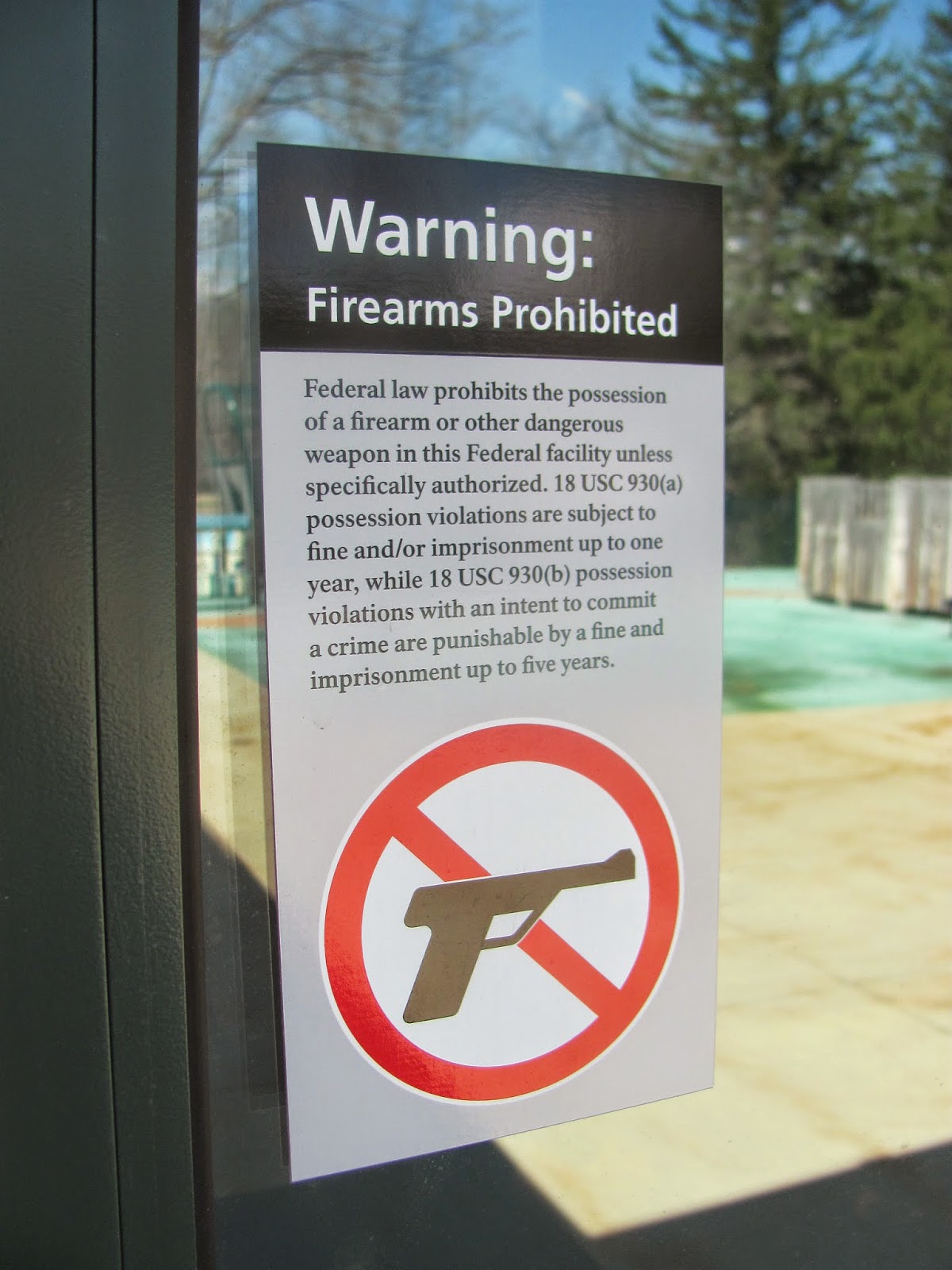 As I was hearing all about the "French and Indian Wars" I realised that this was actually what we in Europe call the Seven Years' War. It resulted in Britain getting Canada and India and eventually becoming Top Nation.  The skirmishes around Fort Necessity were what sparked it off.
Also in the Center was a facsimile of the surrender document the French made Washington sign. In doing that, he made another mistake. Because his interpreter didn't translate the French word "assassin" correctly (I'd have thought it would be pretty difficult to get that one wrong) Washington didn't realise he was admitting to the assassination of the French commander in a previous skirmish. Just shows you should read documents before you sign them - and pay attention in your French lessons. 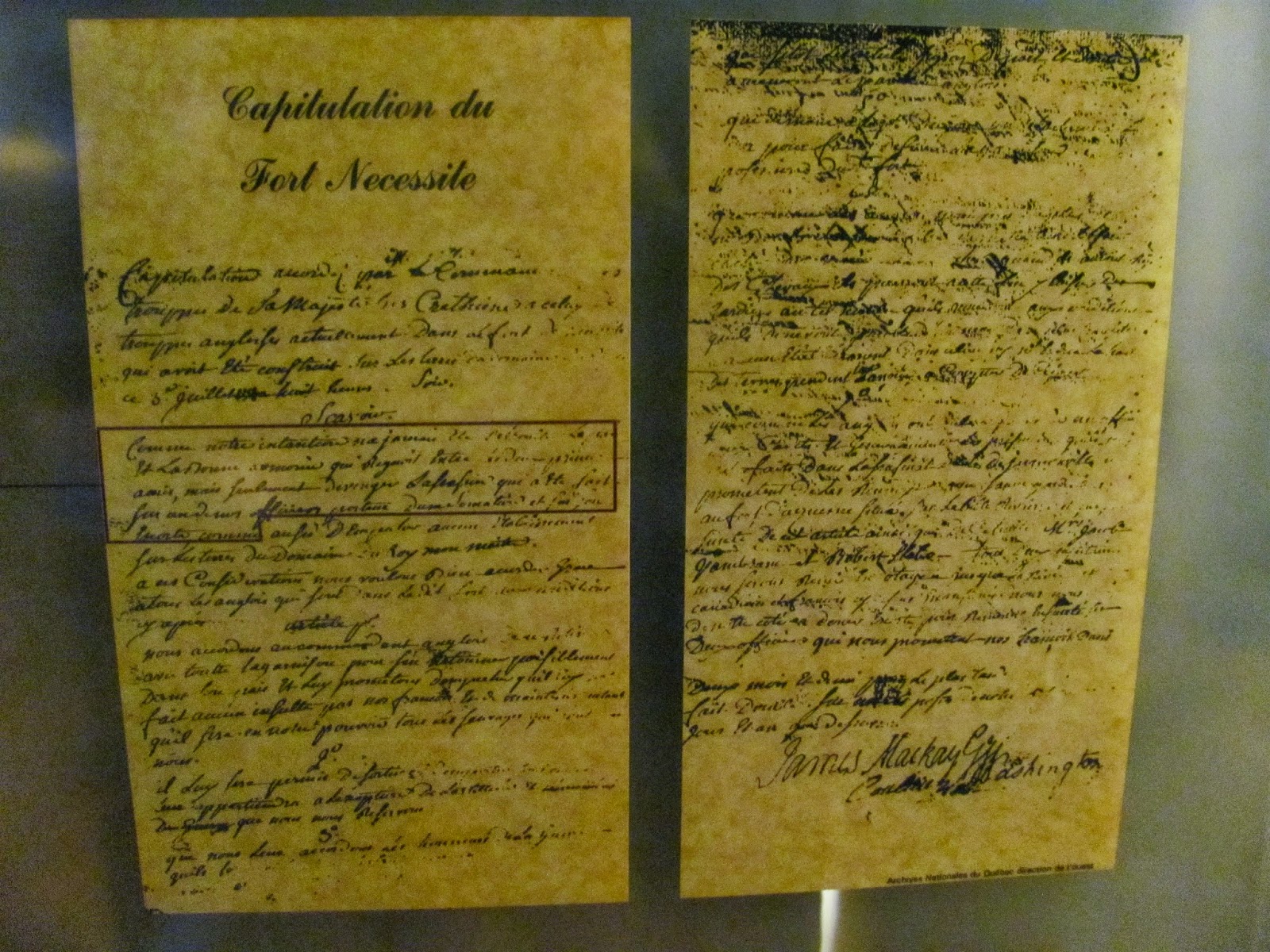 Washington claimed he couldn't read the document because it had been raining and it got soggy and the ink ran.  He of course went on to greater things and it's my theory that he learned some valuable lessons from his mistakes at Fort Necessity. If he hadn't, the world might now be a very different place.
Posted by Alenka at 7:07 PM