Asheville, The Weird and the Wonderful

Along the edge of the Great Smoky Mountains, with patches of mist rising and a darkening sky. The morning had been cold and rainy. 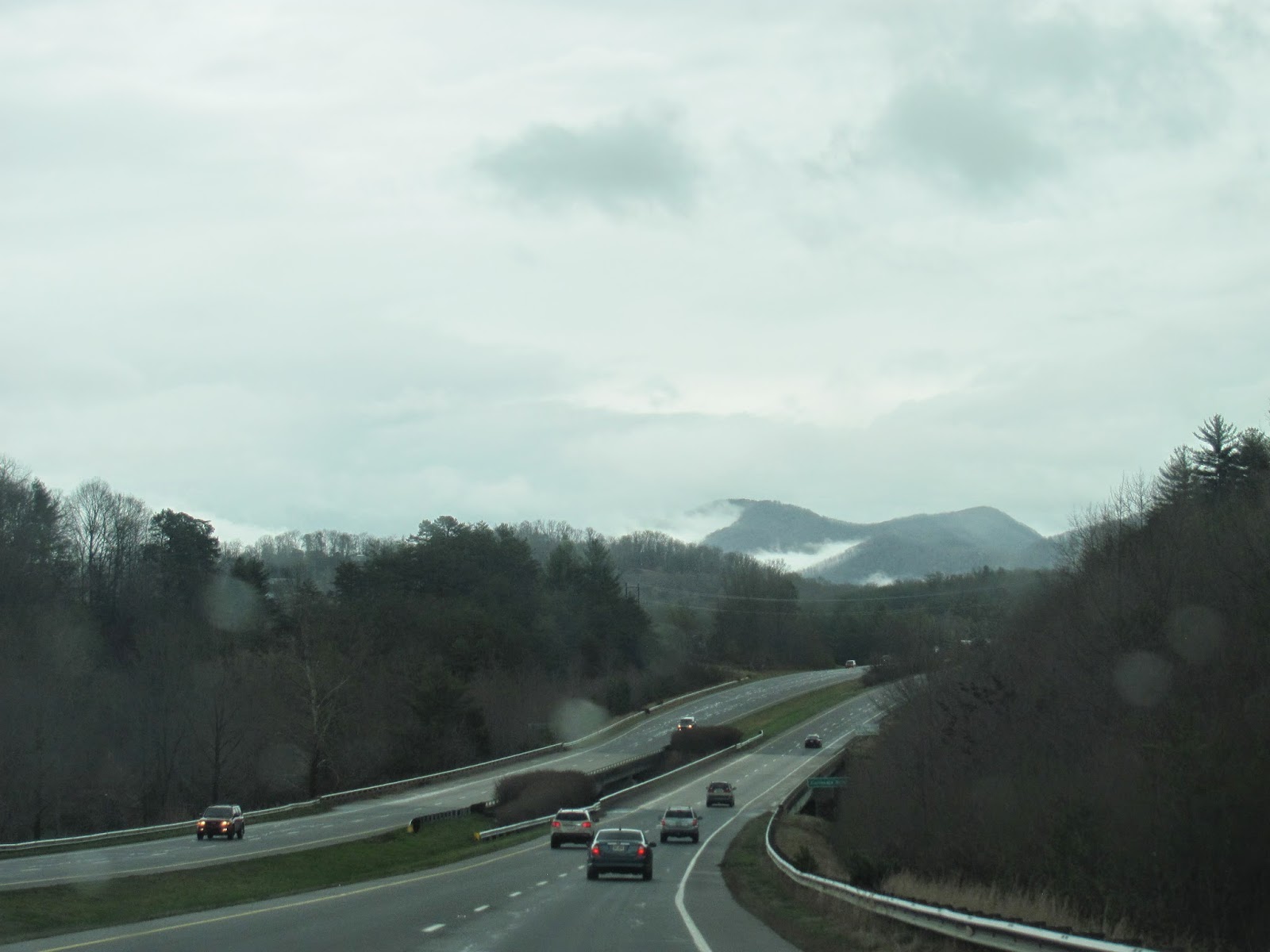 Asheville, North Carolina is the home of Biltmore, which I believe is the largest stately home in America, home of the Vanderbilts. We were not going to visit Biltmore as it costs 50 dollars to get in and several days to stagger around. A couple of years ago, we'd swung by the grand entrance, where a gloomy-looking fake Victorian village had sprung up, complete with outrageously expensive shoppes. This time we were going to look at downtown. And as we quickly discovered, Asheville is also home to ageing hippies, new age quackery and throwbacks to the 1970s. 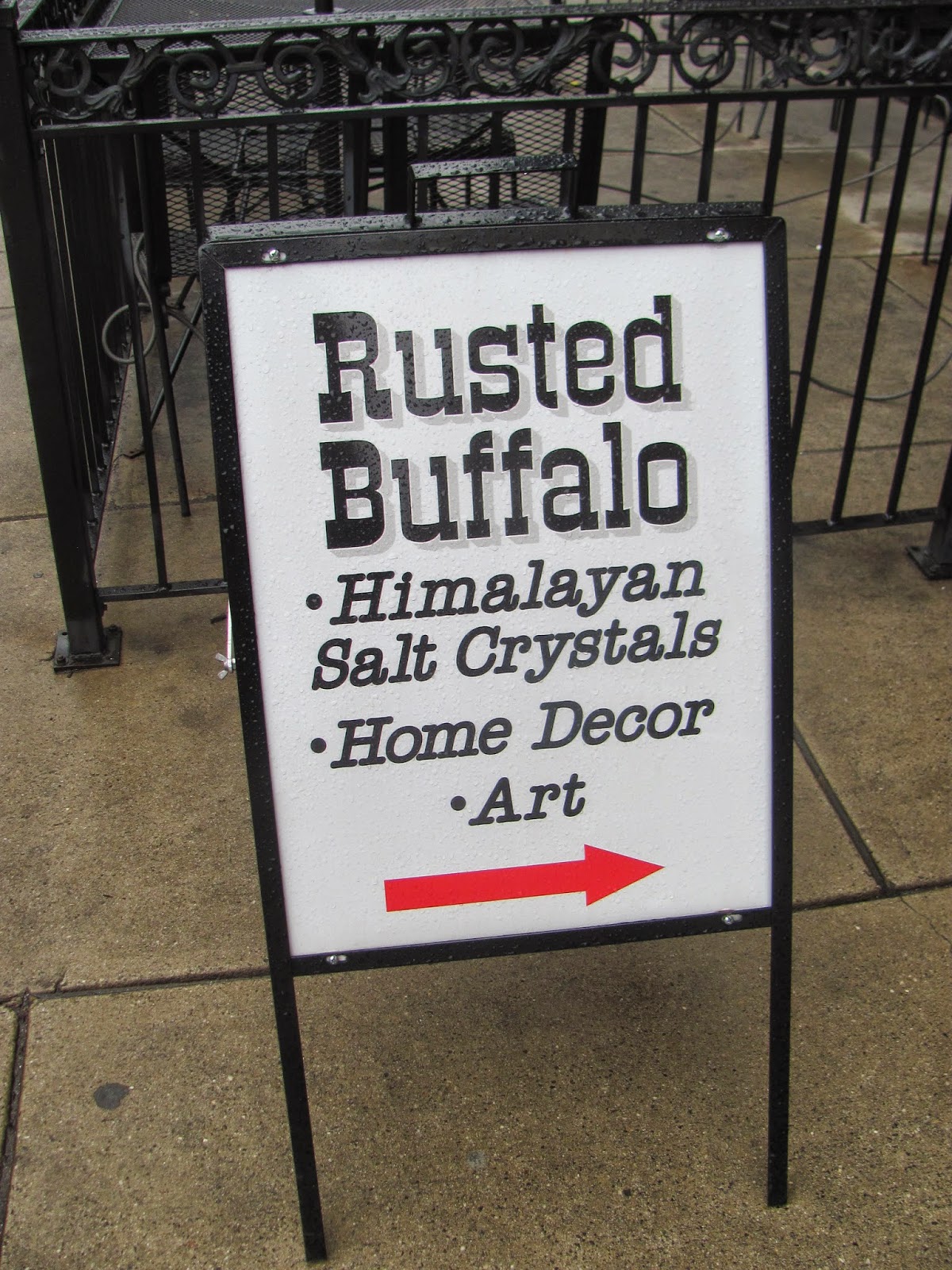 Much of it also outrageously expensive. This sculpture was quite striking though. 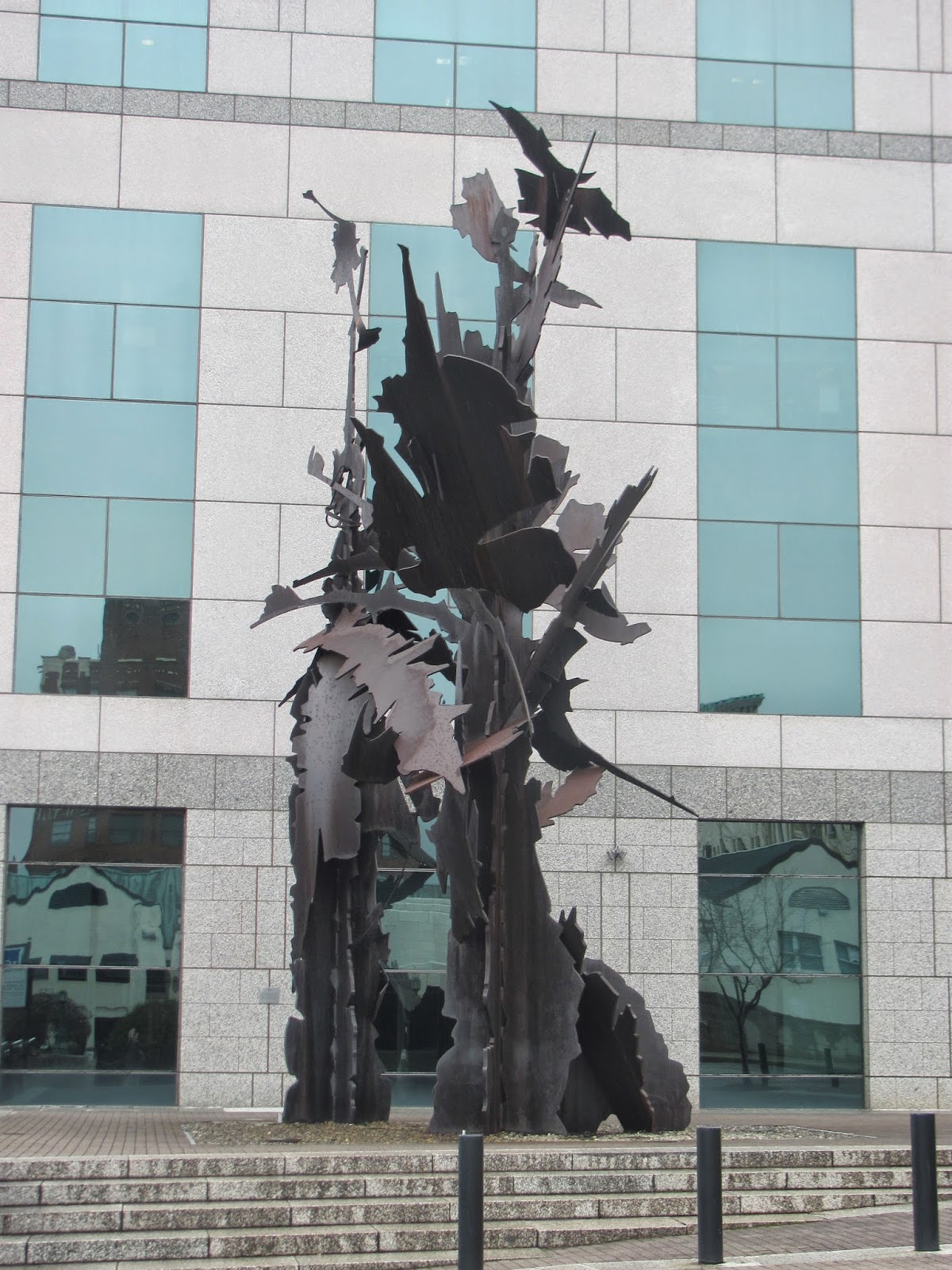 It didn't help that it was freezing cold. We took refuge in a restored old building that's been turned into a shopping mall, where you can pay through the nose for ornaments and other knicknacks you could probably make yourself. 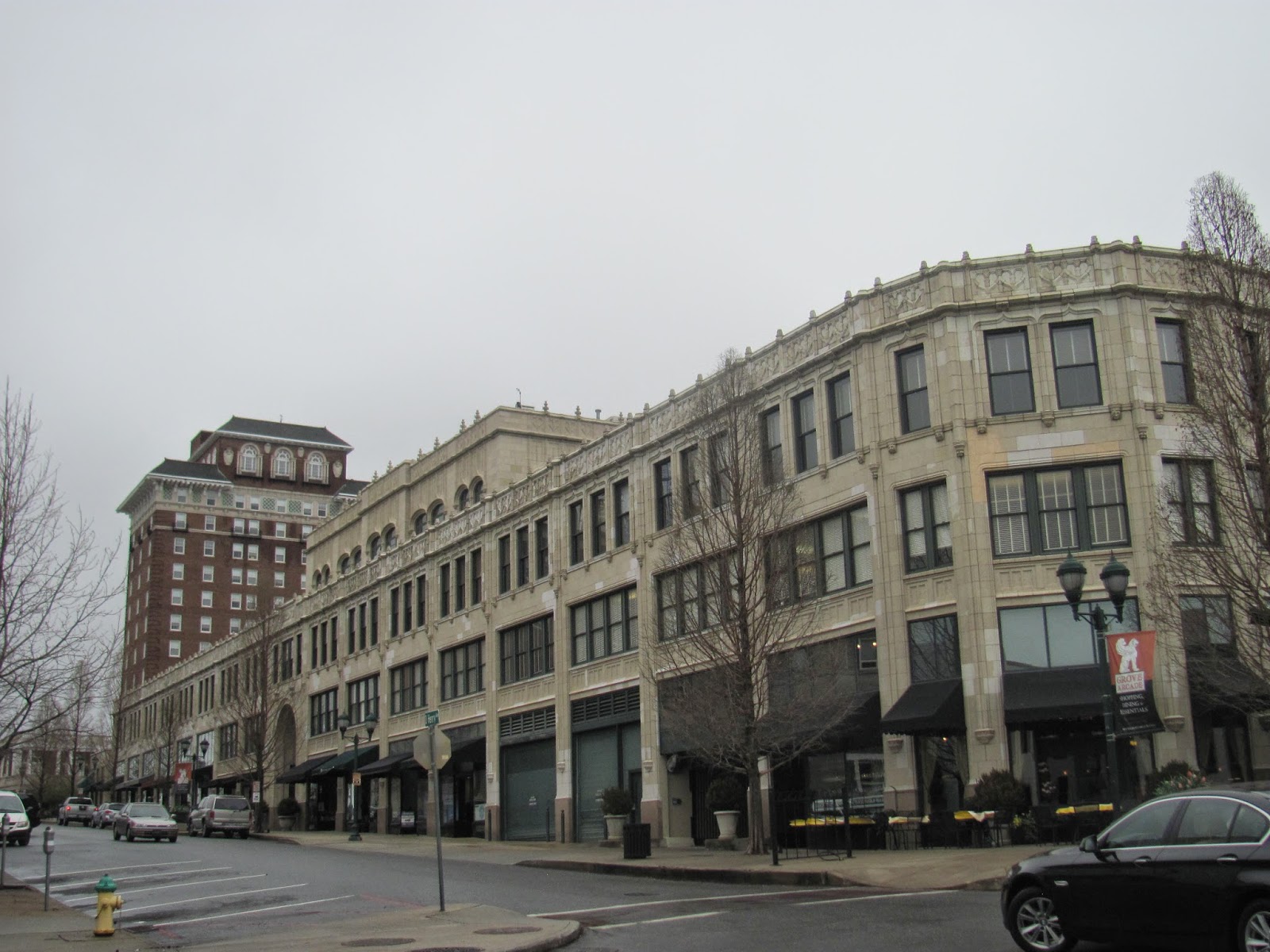 Not to mention a tie-dye shirt or two.  Brings back memories, that. 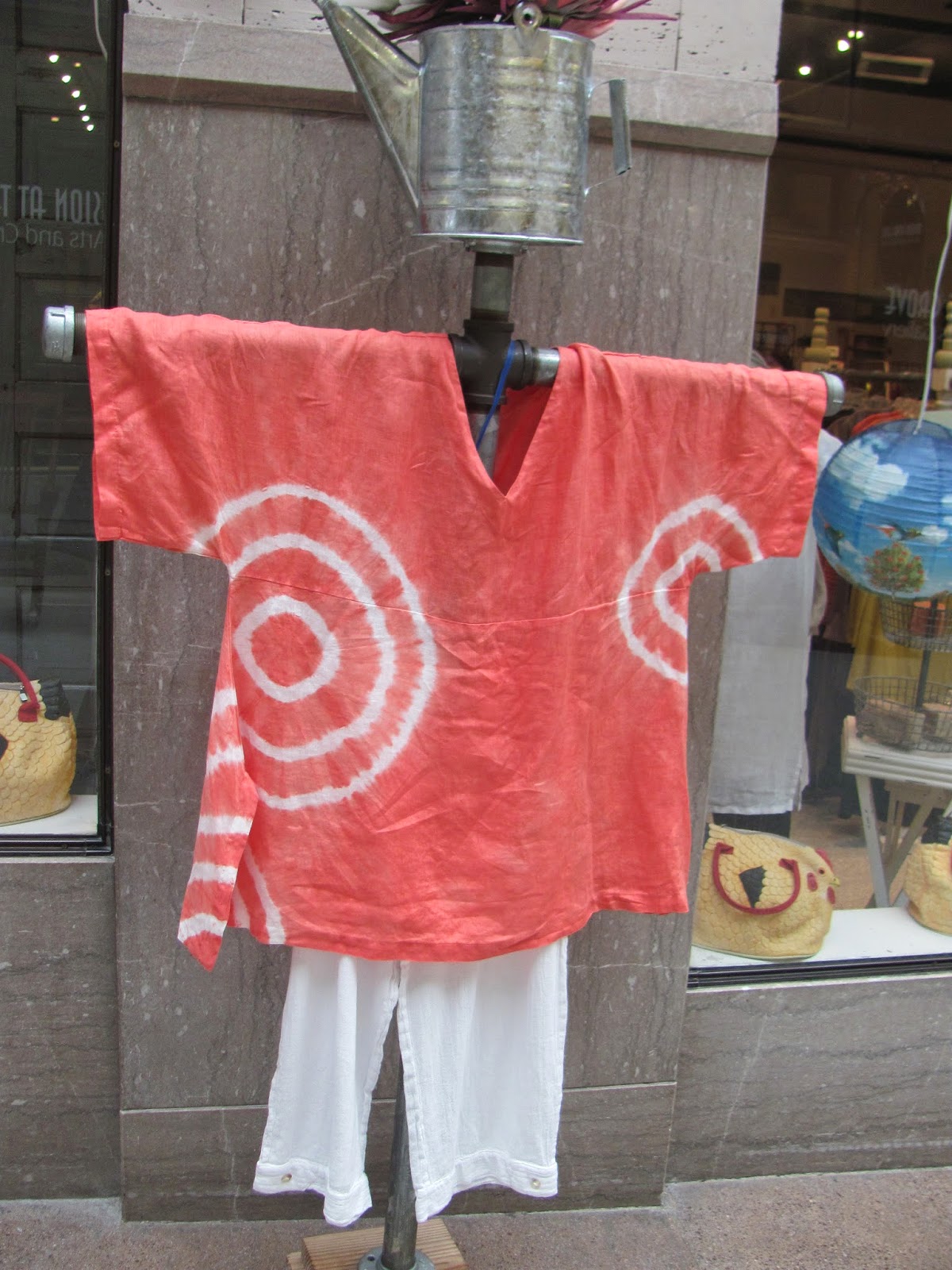 But to be fair, Asheville has two good points. One is a shop called "Chocolate Fetish", which is the sort of place you really should keep well away from during Lent. You know, serried ranks of hand made chocolate-covered salted caramels and all that stuff. Sis-in-law bought a bunch of chocolate spaghetti and there were some very superior chocolate bunnies.
And the second good point was this: 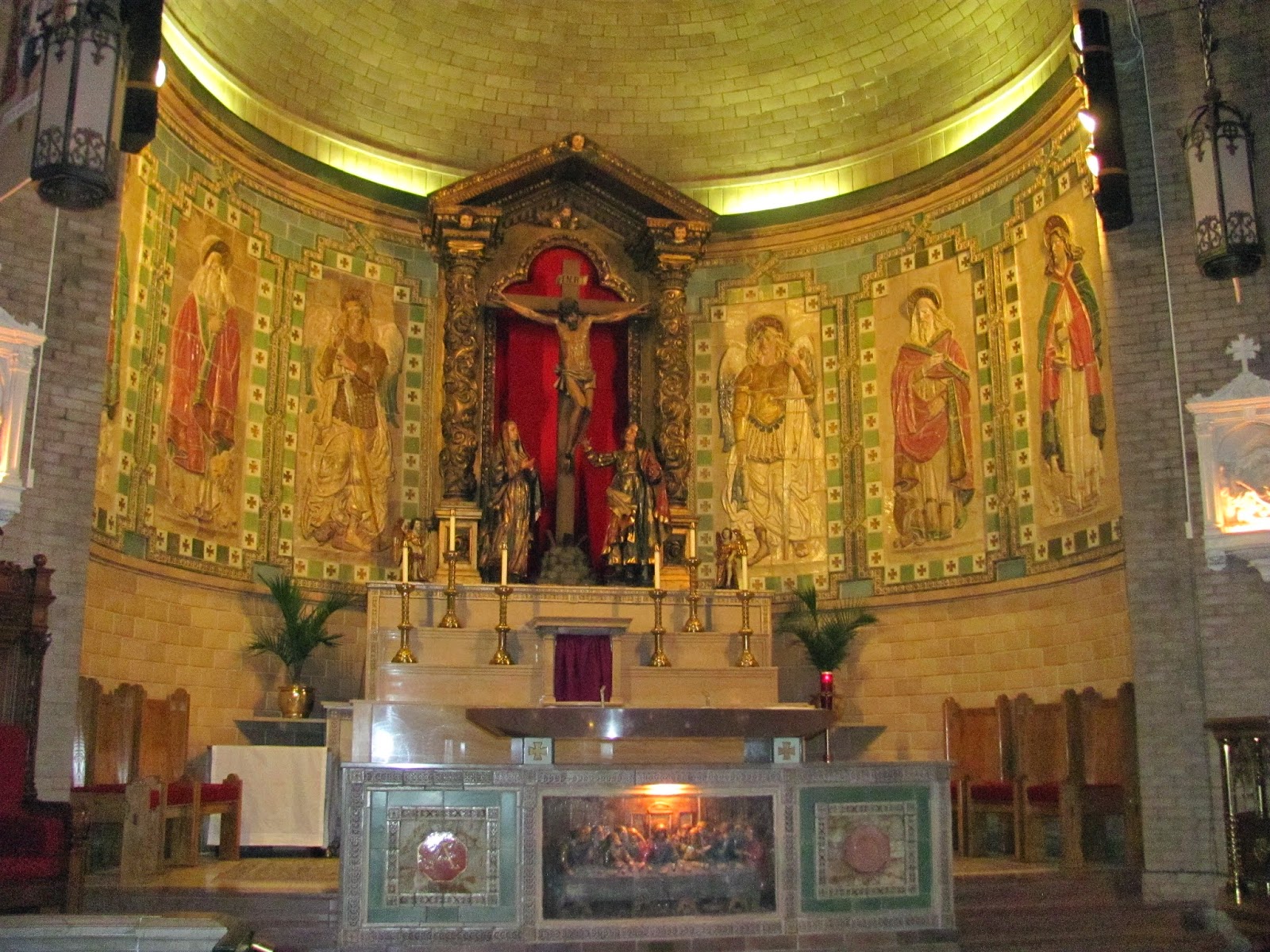 A truly stunning church, called the Basilica of St Lawrence (no relation). Built in 1905, it was designed by a Spanish architect, Rafael Guastavino, who is now entombed there. 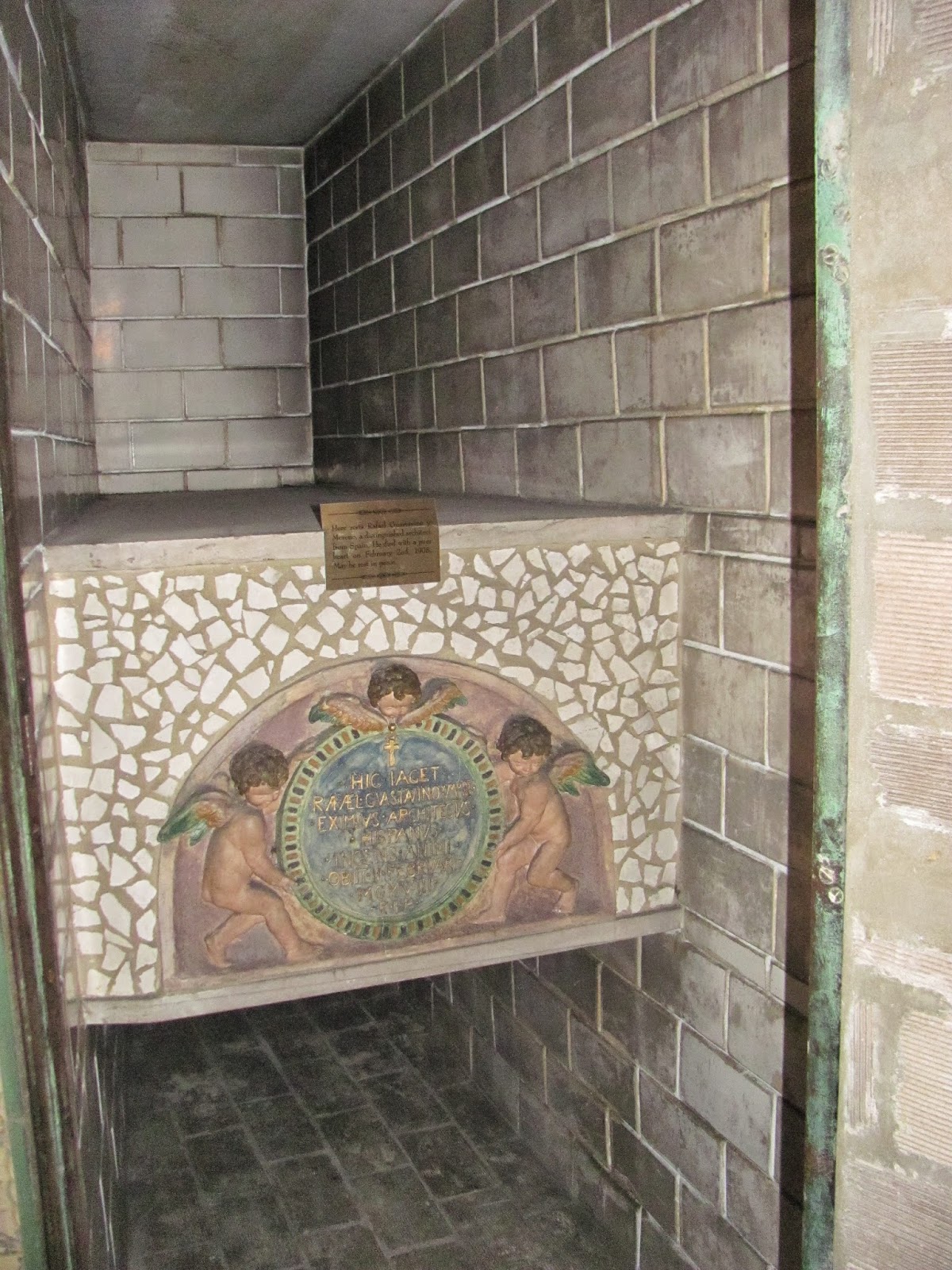 It's lovely because it's just ornate enough and not too kitschy. 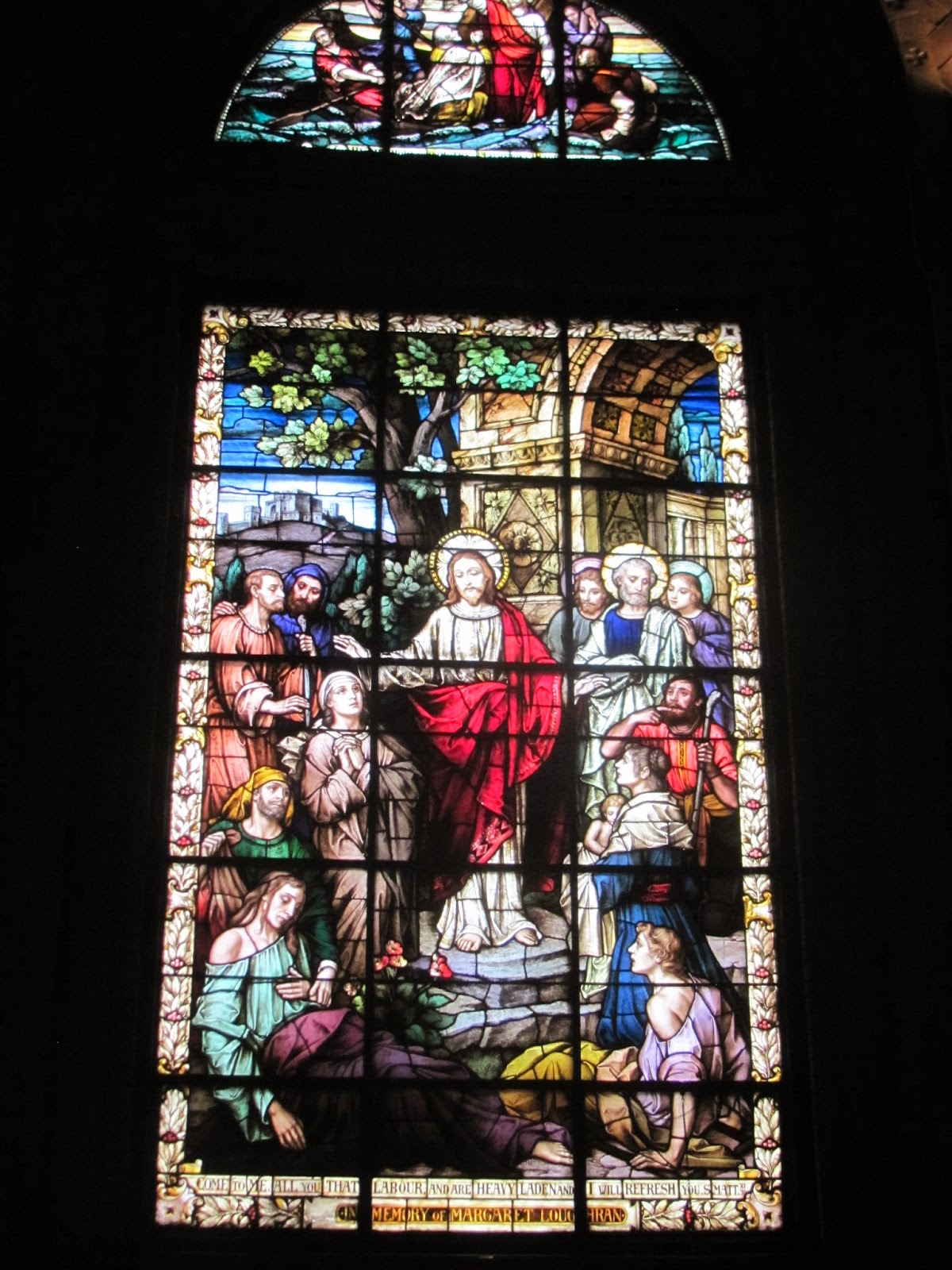 The carved statues on the altar date from the 17th century - presumably brought from Spain. 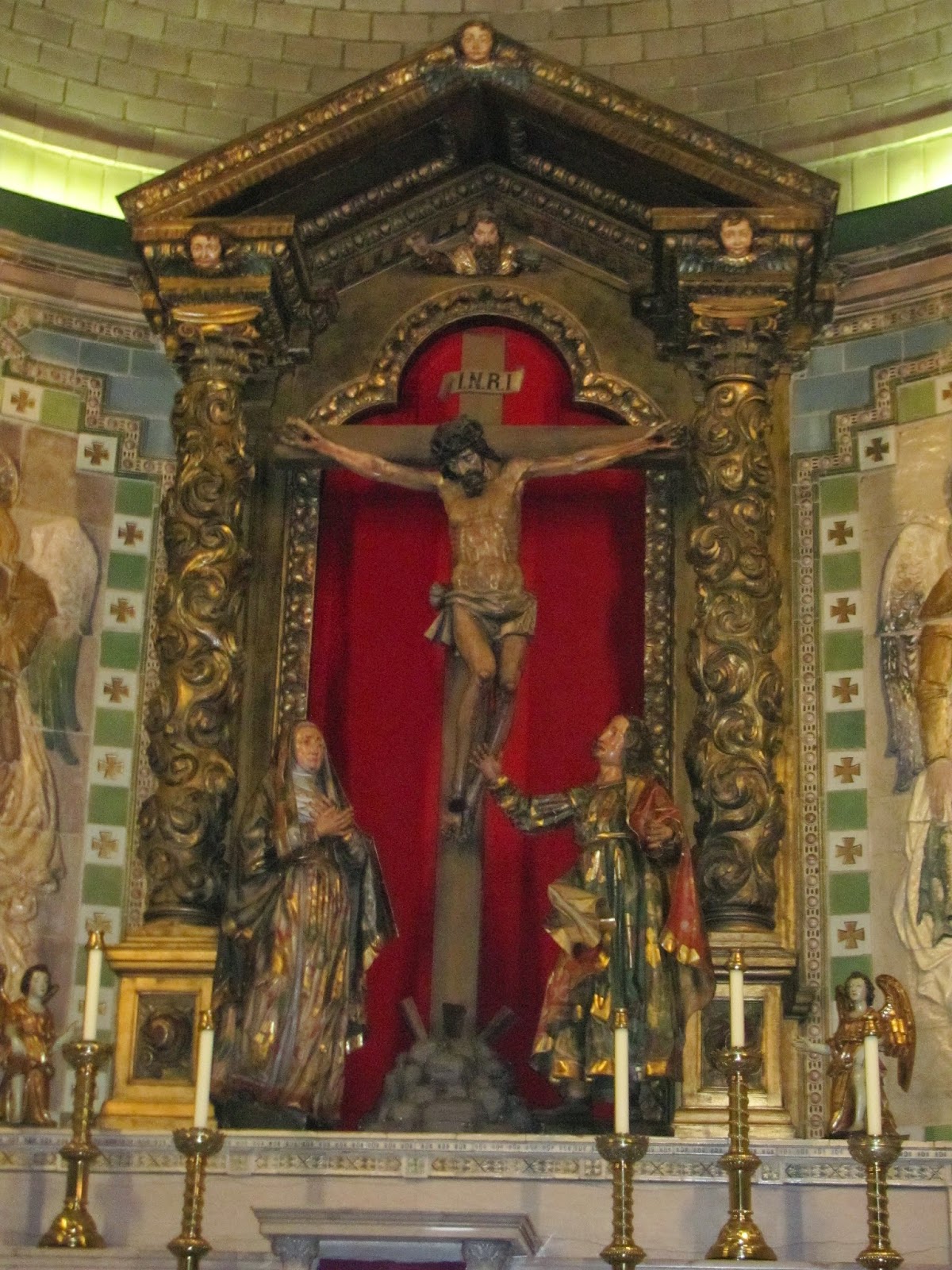 One ornate touch was the marble font.. 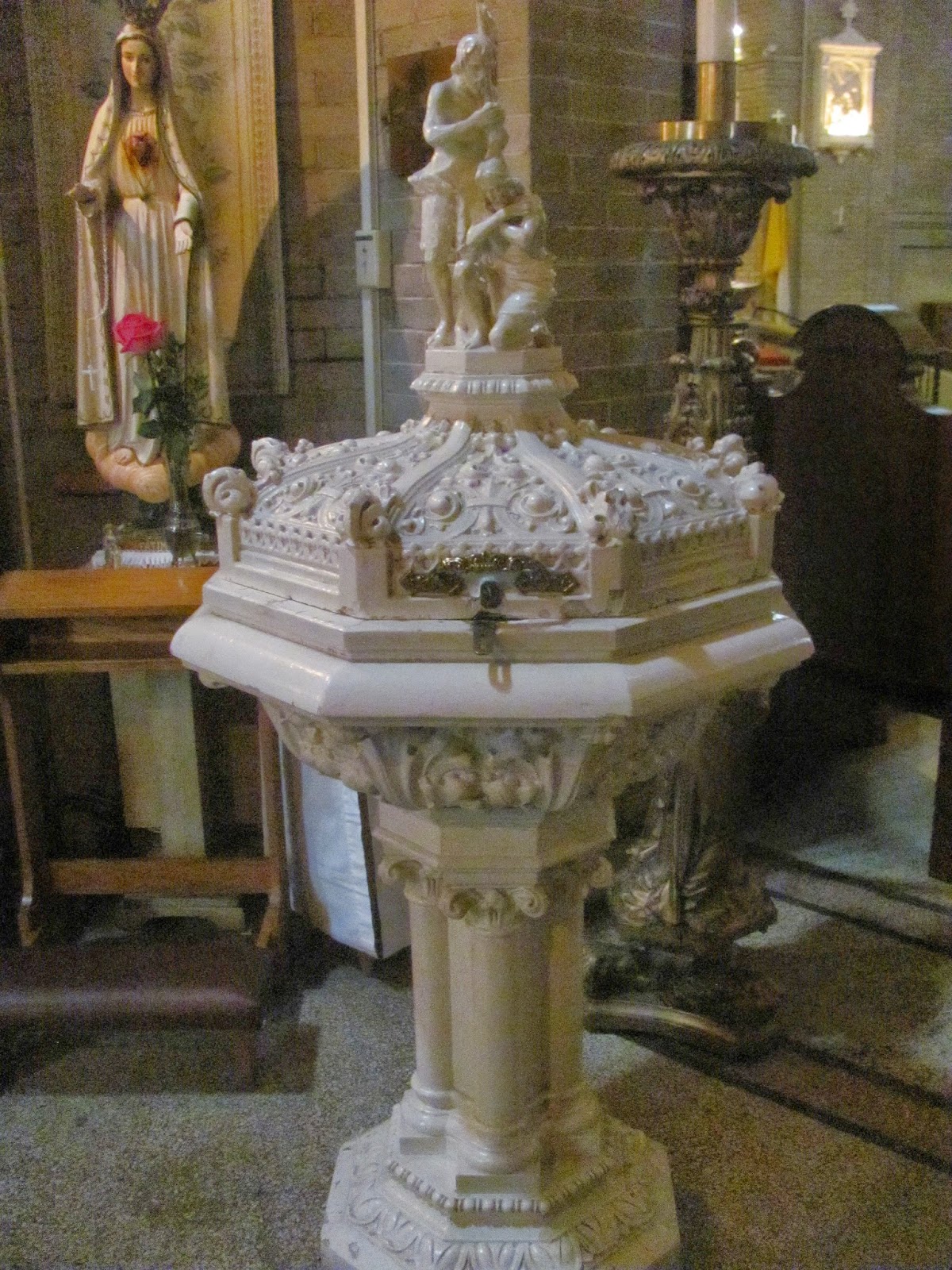 Which stood out against the largely simple interior. It was good to see signs asking for reverent silence. I wish a few more churches had those. 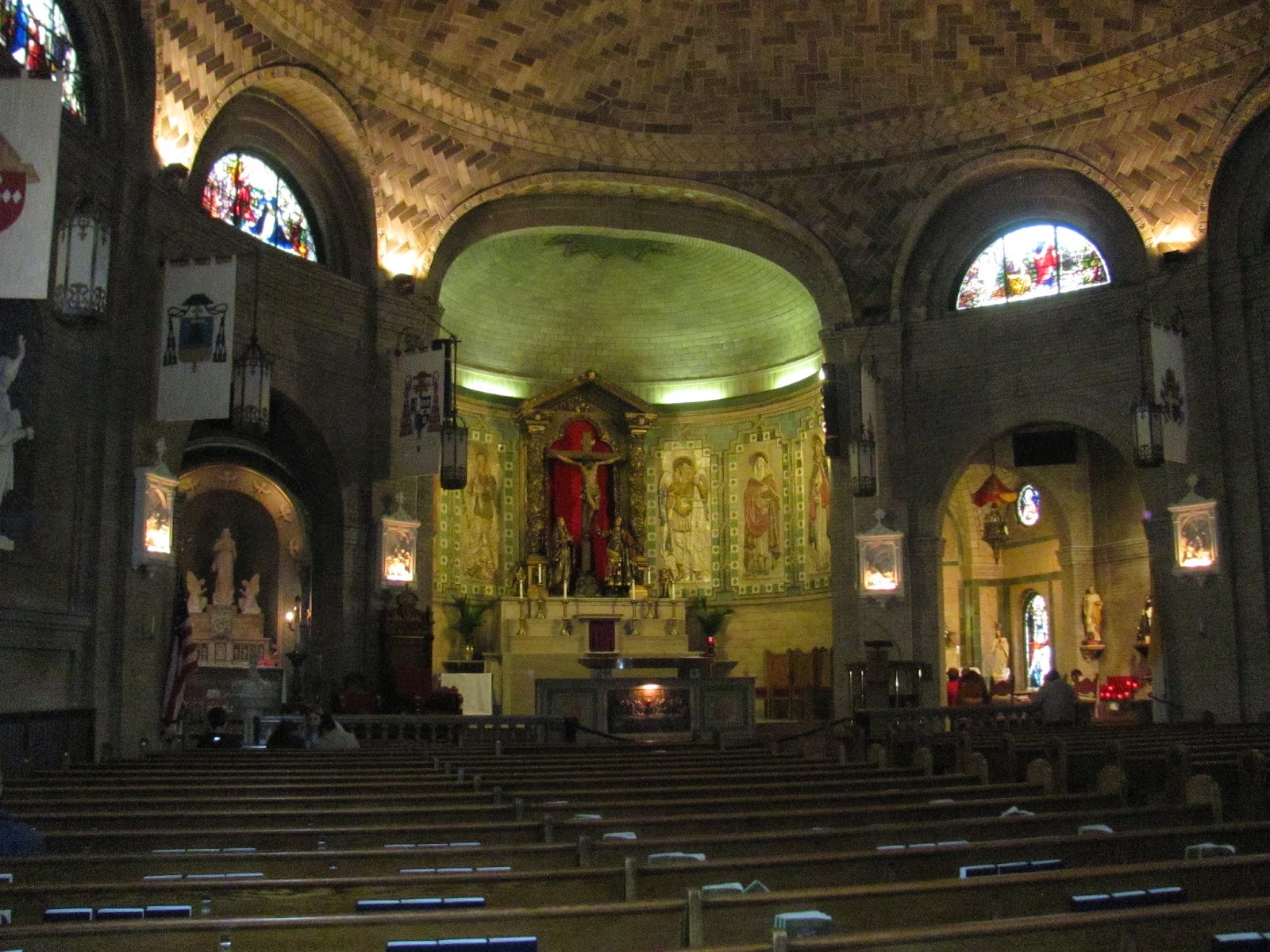 Outside, there was a view over the mountains. (Well take my word for it.) 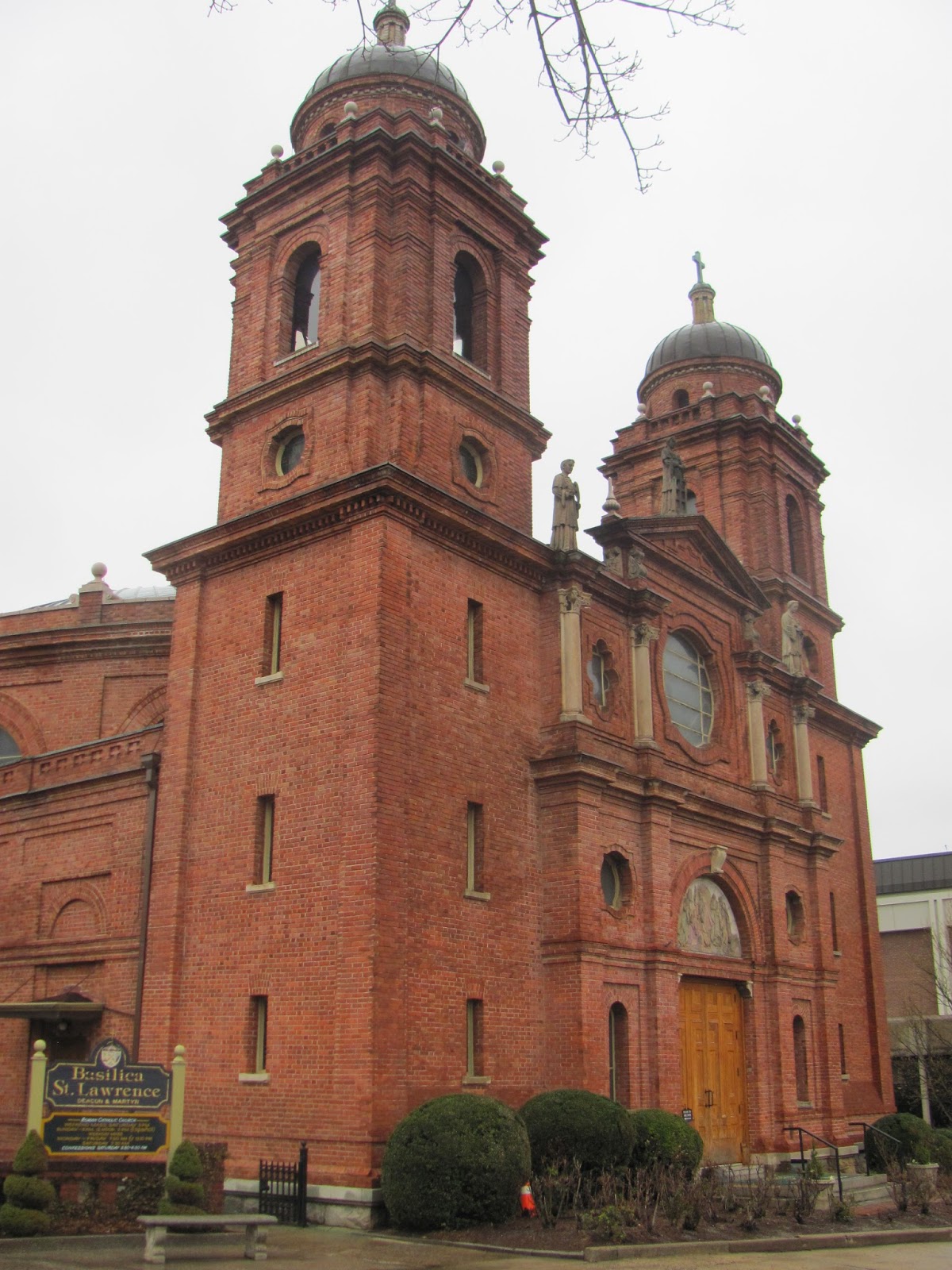 Strange to find such poignant splendour among all the hippy fakery but on these road trips you never know what you're going to see. Which is what makes them fun.
Posted by Alenka at 3:14 PM