As we bowled along through northern Florida, this was a familiar sight. Avenues of live oaks draped with ethereal Spanish moss, a nasty parasite when seen close to but from a distance, cobwebby and magical. 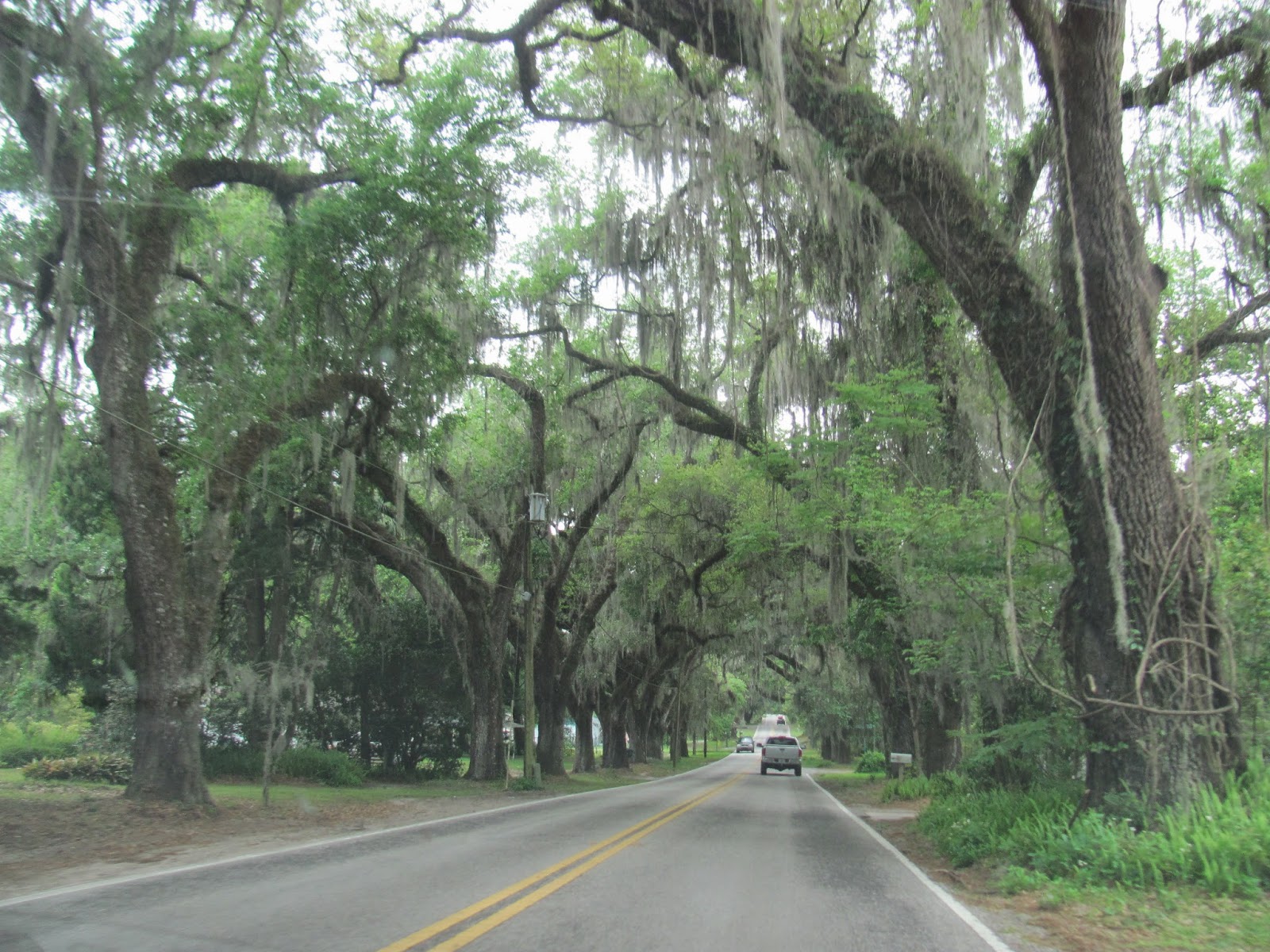 You can see so much of the world in America. This splendid courthouse was in Inverness. With a neat square and historical marker telling how Inverness became the county seat in 1891. The courthouse, built in 1912, apparently cost 55,885 dollars and just like every self-respecting Florida mansion, incorporated four architectural styles: Italian Renaissance, Neoclassical, Mission and Prairie School. And a sweet little cafe. 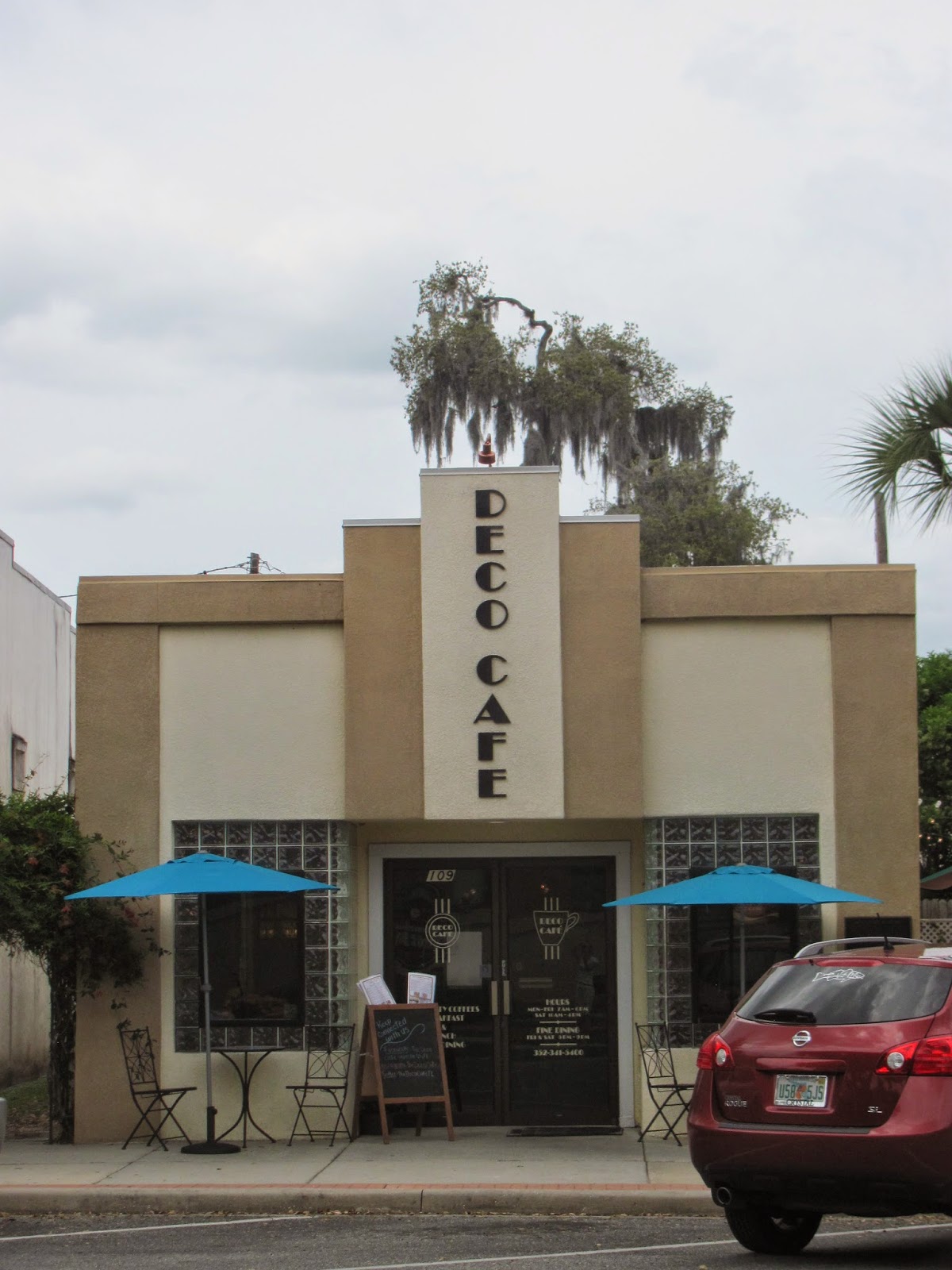 Which, so far as I know, does not serve banana cheesecake wrapped in a sugary tortilla and deep fried. Unlike the Mama Italia restaurant in Perry, where we stayed the night. I don't know what Mama had been tippling when she invented this. At first I couldn't even think of sampling it but somehow it stayed in my mind. 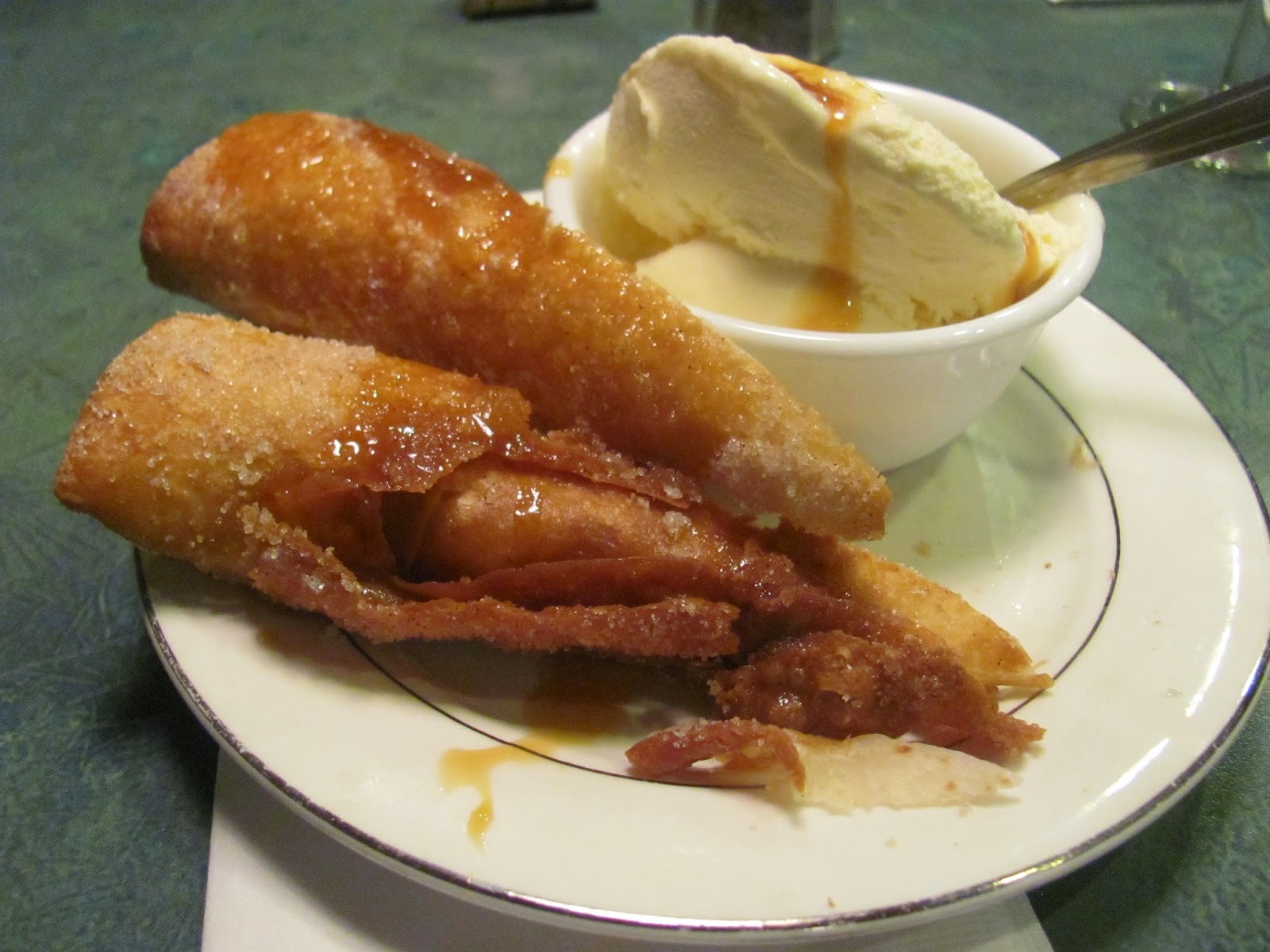 I decided it was one of those things you just have to try for its sheer outrageousness. It was probably the most decadent pudding I'd ever eaten and no, I do not regret it.
Posted by Alenka at 9:22 PM