Well, wonder of wonders, the Buffalo Bills won their last game of the season, beating the New York Jets 28-9, which sounds to me like a great result. Alas, though, they only won six of their sixteen games altogether, meaning that they didn't get into the playoffs, which I suppose are something like the American football equivalent of the Champions League. And they have sacked their manager, or head coach, as they call him here. He went quietly, saying he quite understood. He's probably looking forward to working in a warmer climate. He's the fifth head coach since 2001, apparently. Too bad. I have a soft spot for the poor Bills and hope they'll do better in 2013.
Meanwhile, the landmarks of Buffalo, the old dowager fallen on hard times and our nearest metropolis look rather beautiful in snow.
Like the Erie County Courthouse... 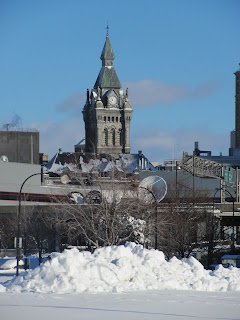 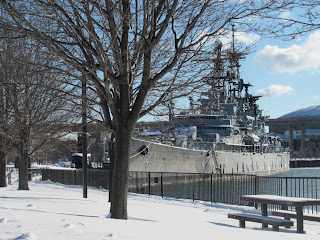 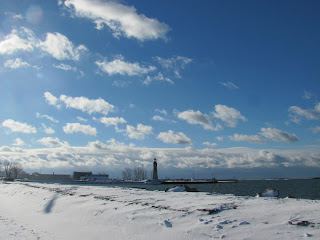 ..Even the Stalin Gothic/Art Deco City Hall, now far too big for a dwindling city.

And Lake Erie in winter turns a stylish RAF bluey-grey.  There's talk it may not freeze over this year, as winter has come late. That means a lot of "Lake Effect" snowstorms for us, with the cold air from Canada passing over the warmer waters. 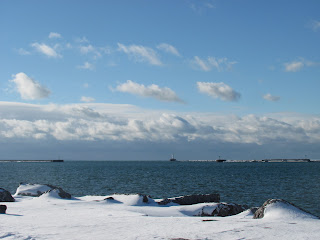 The Lake and the old canal of course being the reasons for the city's glorious past. 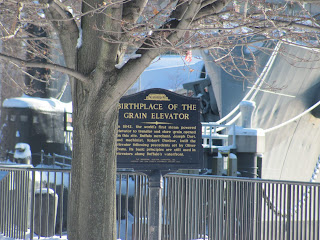 Today, I'm saying au revoir to Western New York. Like many locals,  I've become a partial snowbird.  DV, blogging for the next month will come from a place where, I trust, Global Warming, WNY-style, namely icebergs in the car park, will be but a temporary distant memory. Watch this space. 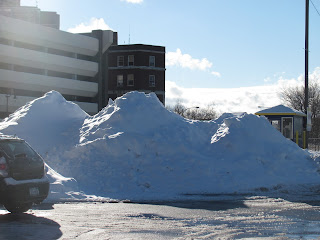