The Basilica of the Assumption in Baltimore, built in the early 19th century. The architect was one of America's finest, Benjamin Latrobe. He wanted a very American cathedral, with no "European" Gothic stuff, its dome inspired by the US Capitol in Washington. It would celebrate the new Constitution and the right to freedom of religion, by which Catholics would no longer, officially at least, be a persecuted minority. 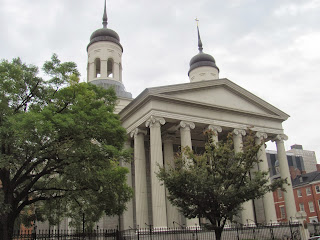 The first Bishop, John Carroll, was a cousin of Charles Carroll, a signer of the Declaration of Independence. A few years ago, the Cathedral was restored to its original design, airy, spare and elegant, with those wonderful old-fashioned white wooden pews. 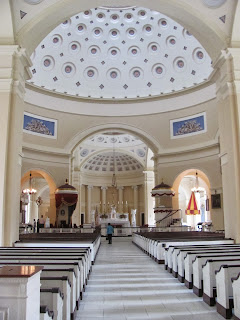 According to the self-guided walking tour, this was once the slave balcony. 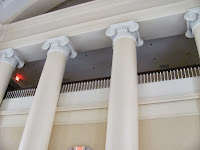 The Bishop's throne, the Cathedra. 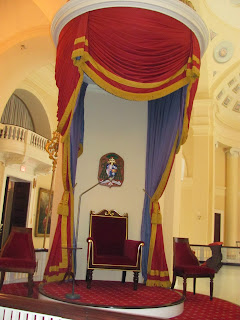 There is a new altar, for the new form of Mass, facing the people. 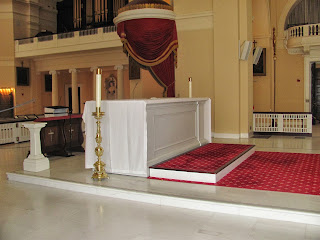 But fortunately, unlike a lot of churches, they've kept the old one too. 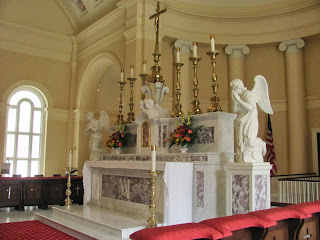 The cathedral is famous for its angels. 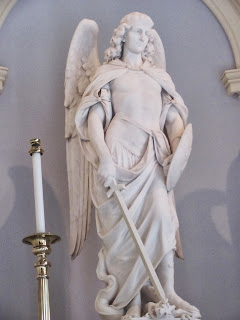 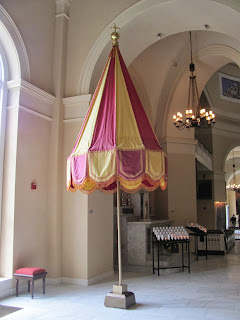 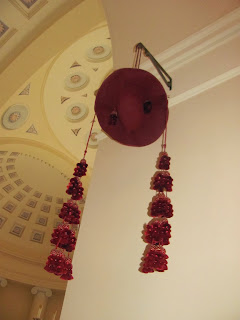 Sadly we saw it in a great rush - we had to be back on the road and we'd run out of quarters for the parking meter.  But better to see it in a rush than not at all.
Posted by Alenka at 9:23 PM