Where a tall ship called the  Peacemaker had come to visit. Apologies for the background - the infamous Skyway, the bane of Buffalo's waterfront. Do I hear rumours it might be pulled down? 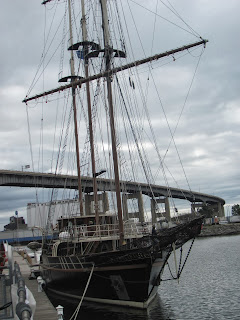 Peacemaker, I gather, is not as old as she looks. If I were a ship, I would complain about that. She was built in the 1980s. In Brazil. By Italians. That's globalisation.  She started out as a private yacht but is now owned by a religious group, the Twelve Tribes and took part in this year's Great Lakes commemoration of the War of 1812. (That's not a typo).  It seems you have to have a ponytail to qualify as crew. 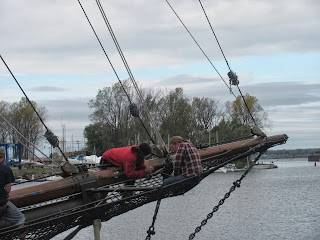 Is he really climbing up the mast? 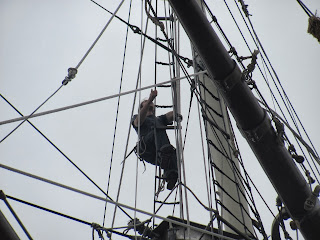 Crikey - there is, right at the top, cool as a cucumber. I can't look! 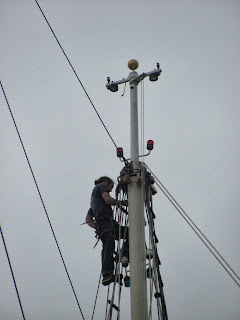 The curtained windows are sweet. 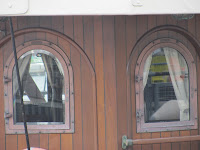 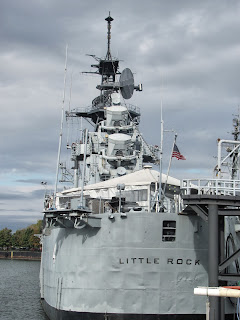 and friends at the Naval and Military Park. Resigned, now, to having kids climbing all over them. 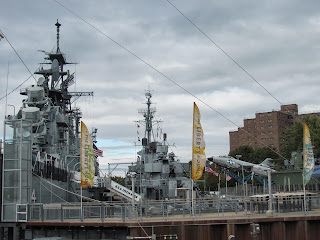 I bet they'd rather be flying somewhere 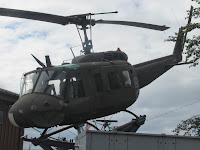 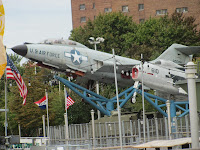 These chaps were protesting the government shutdown and the "tyranny" (their words) of the government. Not Democrats, not Republicans, the Government. 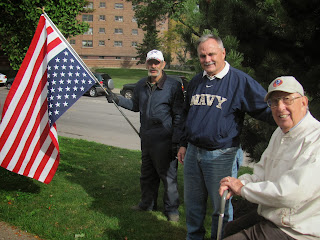 The man on the left told me he was a disabled military veteran worried about missing his next pension payment. The signs, briefly, read, "You the Federal Government...respect us" and "Stop Messing With Our Futures." 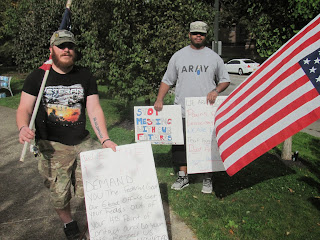 And what some of their predecessors went through - an array of memorials, this one to Hispanic soldiers. 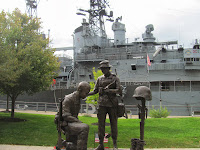 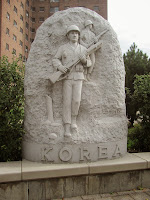 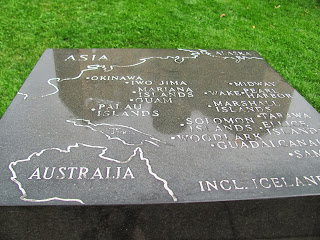 Picturesque rowing boats in front of the reconstructed Erie Canal works, the ubiquitous Skyway in the background again. 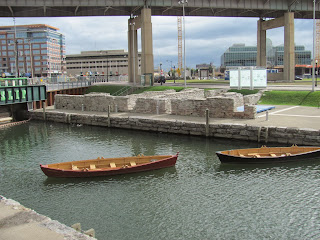