An appropriate topic for Sunday. After meandering through some picturesque and very English-looking towns on the Pennsylvania-Maryland border,like Mercersburg, Greencastle and Waynsboro, 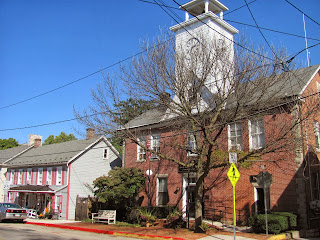 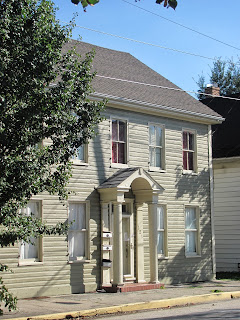 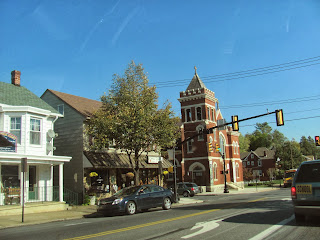 We came upon Emmitsburg, Maryland and the shrine of the first native-born American saint, Elizabeth Ann Seton. 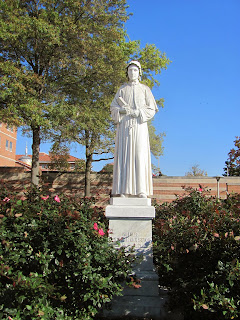 She converted to Catholicism in 1805, after the death of her husband and is considered the founder of Catholic education in the United states and of the first order of nuns there. (Some of her order did sterling work nursing wounded soldiers in the Civil War.) Interestingly, she's also revered as a saint by the Episcopalians. This gracious basilica contains her tomb. 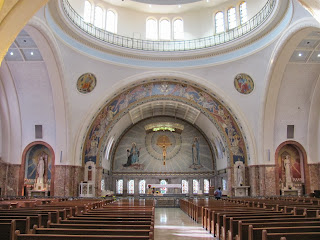 Nearby are the early convent buildings. Elizabeth died of tuberculosis, aged 46, in 1821. 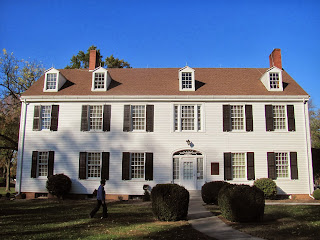 There's a touching cemetery with rows of simple nuns' gravestones. 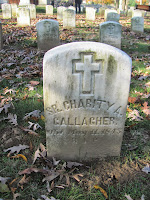 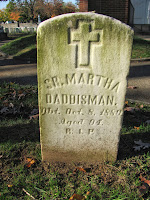 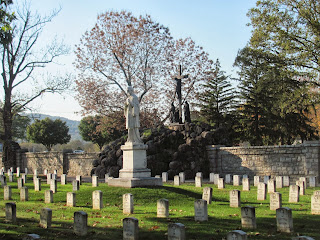 That much further south, the autumn colours were still glorious. 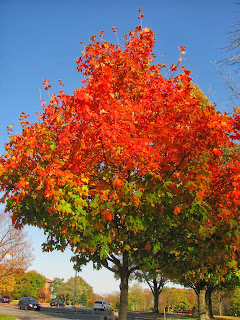 And it was all very serene and peaceful. 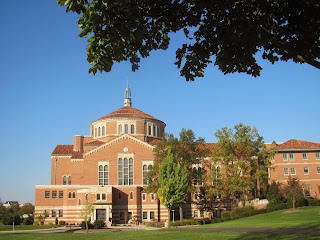 A nice touch was a case containing Elizabeth's white silk dancing shoes, one upside down to show the worn stitched leather sole. Apparently she loved dancing when she was young and kept the shoes all her life.
Posted by Alenka at 10:29 PM