The Yet Further Adventures of Chippy

..Who is starting to get his peanut-scrounging down to a fine art.. 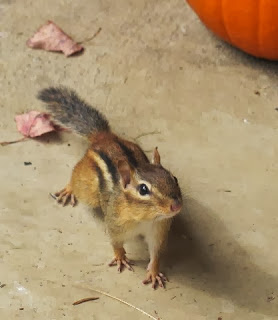 Hubby vainly suggested he should have a more varied diet, so we tried him on different kinds of nuts. He spat them out. 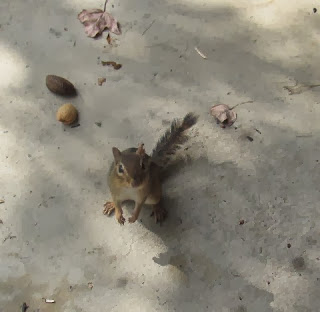 He's taken to waiting by the front door. 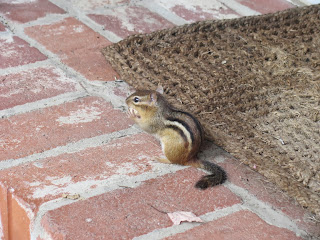 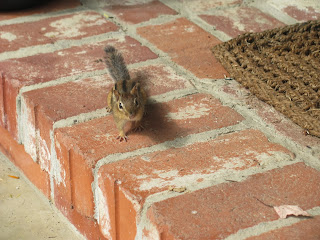 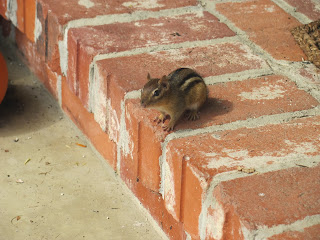 Meanwhile, his brother-in-law's found a vantage point. Or this may be his girlfriend, Chipolata. Occasionally they chase each other in a flurry of angry chirrups. 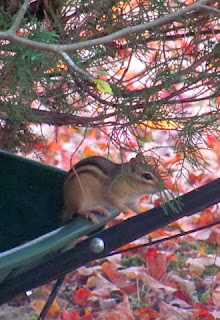 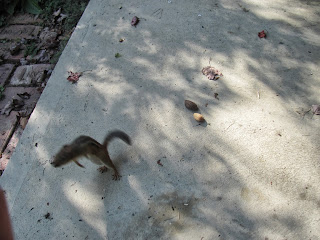