A Lego Labour of Love

I had a quick visit back to Ohio at the weekend, so here's a flashback from a longer trip, a few weeks ago and something rather sweet....


St Catharine's church in Bexley (Bexley, Ohio, that is) was built in the 1960s. 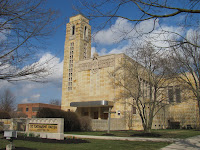 The church was impressive enough but what I saw inside was, you could say, even more so. There was another St Catharine’s,  just as intricate, just as sumptuous.  Except that it was five feet long and two-and-a-half feet high ( Americans still do feet). And it was made entirely out of Lego. 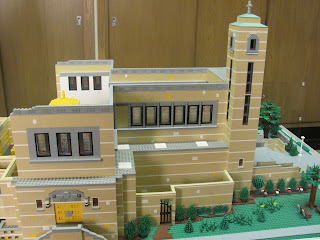 Now I expect you will say there are plenty of Lego churches around but this one was pretty special. It was an exact replica. And I mean exact. Every tiny detail was reproduced, right down to the numbers on the hymn board and the flowers in the beds outside. And the stained-glass windows. 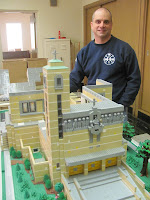 .. built the Lego church in 2009 with his daughter, Abi,  then  only nine years old.  It was their first venture into serious Lego construction. 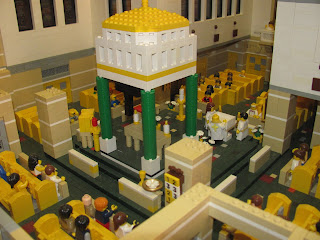 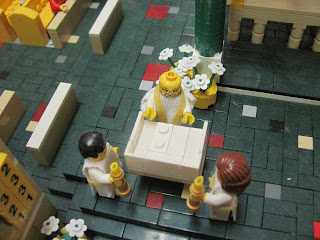 Here's the priest with the altar servers.  Abi decorated the church floor to match the real thing. 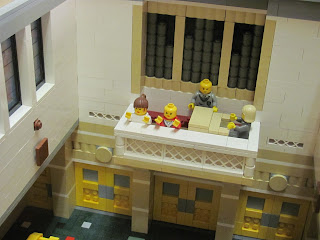 The choir warbling away. 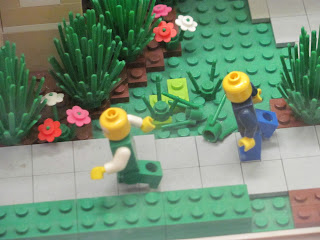 And a couple of latecomers running for the start of Mass. They Know Who They Are.
And Tim and Abi aren't stopping there. Their Lego Church won 2nd prize in the Best Large Building category at the Lego Fan Convention (yes, that's right) in Chicago, losing out to a football stadium. Now they're planning an eight-foot-by-ten town.

Who said Lego was just a bunch of red and yellow bricks? As I often say, you never know what you're going to find in America.
Posted by Alenka at 7:48 AM