And amazingly, while the skies were emptying around our house, an hour and twenty minutes to the north, in Buffalo,  the sun was out. As were some pretty boats. 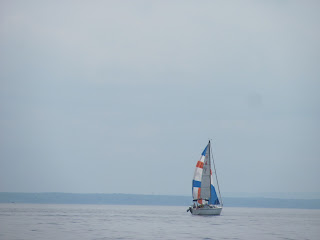 This one was adorable and reminded hubby of a Winslow Homer painting and me of Swallows and Amazons.. 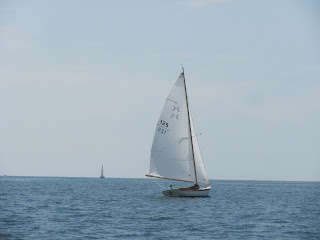 Meanwhile as we were coming in to harbour, we just dodged Miss Buffalo, the local pleasure boat, chugging her way past City Hall ..... 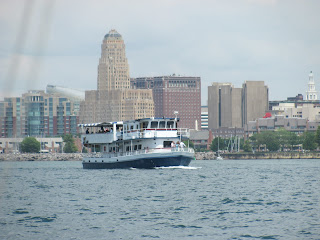 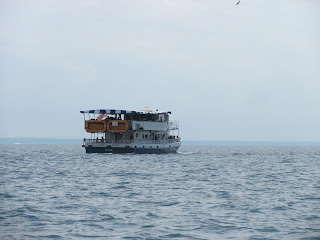 Some excitement as the sheriff's helicopter landed in the grass over by the restaurant.  I don't know where he left his horse.  Or why he was there at all. 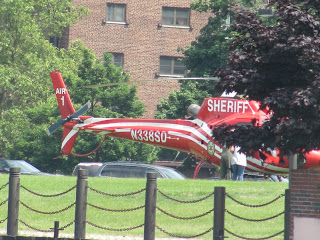 But he was soon off  again. 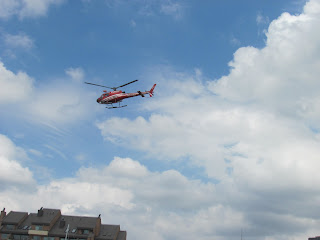 Meanwhile in the car park it was family day again. They've grown since last week and are getting lessons on what to do with (and on) the grass, to maximum effect. 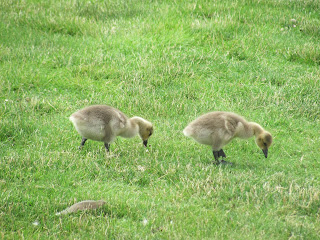 Dad would rather be sailing. 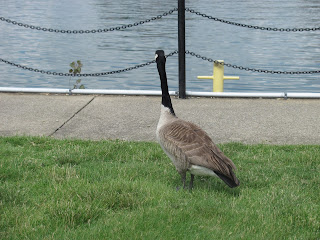 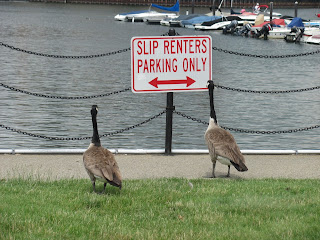 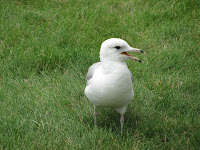 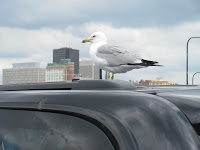 Or a lift at least. 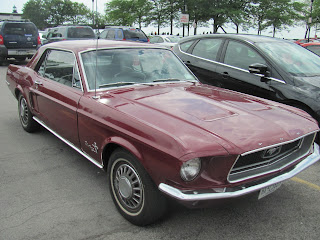 Some nice cars tend to gather at the Marina on Sundays, like this early Mustang in great nick. Now, once again, with all these people here, could we please have somewhere to get a decent cup of coffee?
Posted by Alenka at 8:13 PM