"Have a Good Winter!"

Said the girl sunning herself on the boat next to ours at Buffalo Marina. (Around this time of year, this expression replaces "Have a Nice Day" in WNY.)  I'd regretfully bid her goodbye until next summer.  It seems very early to be getting Titanic 2 out of the water, with the Indian summer as glorious as it is but there you are. In a couple of weeks, the Marina will be closed, the floating docks taken up, as Western New York hunkers down for snow and ice.
You can hardly believe it when the Marina looks so innocently picturesque under goldening leaves. 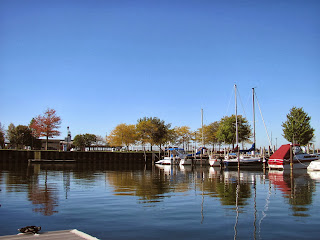 No worries, we've got plans. 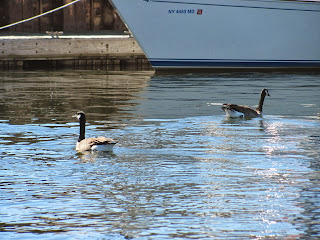 We motor out for the last sail of the year and the lake is smooth as glass. 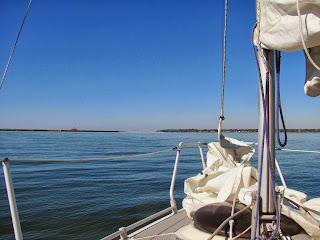 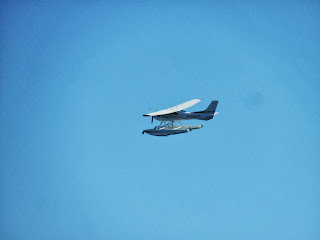 Over the HSBC (90 per cent empty) building. 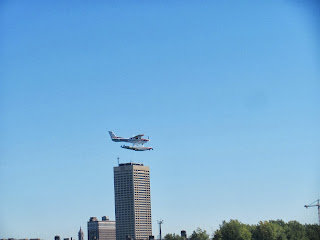 They're trying to have a race but the America's Cup this isn't. 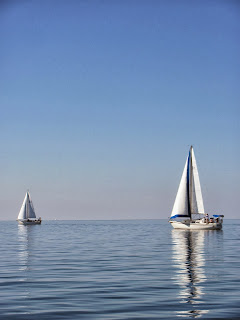 When the wind got up a little, this chap passed us.  "We're having trouble getting up on our foils!" hubby yelled. 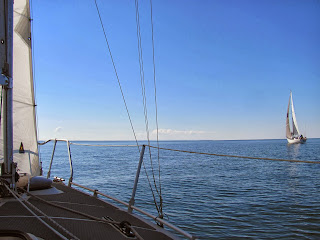 Meanwhile, back at base, a patient owl. He's been patient for a while now. In fact he hasn't moved for years. 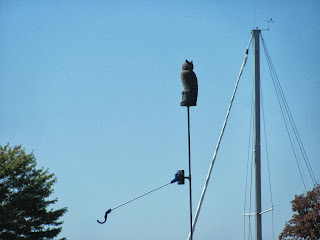 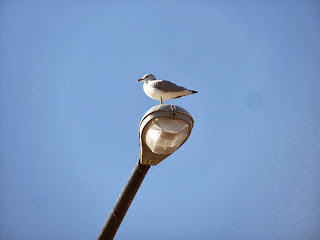 In the foreground, the Hatch restaurant where we famously once saw a seagull grab a hot dog straight out of a little boy's bun. Signs do say, "Birds Will Help Themselves".  In the distance, the red Buffalo fireboat leaves..... 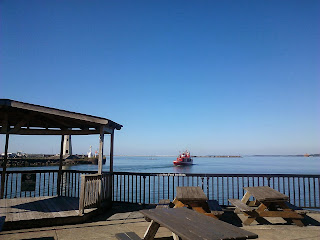 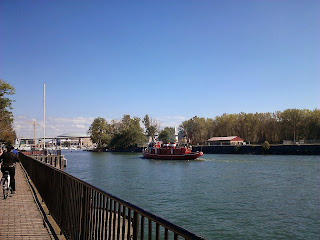 The flowers, autumn "mums" now, still put on a brave show, the old lighthouse in the background. 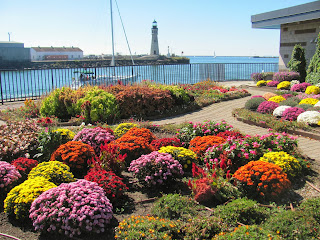 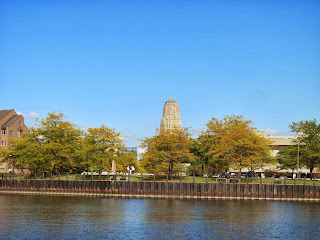