Election Latest: Battle of the Signs 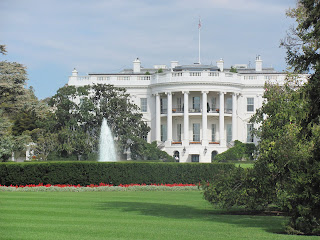 Aha! So you thought this was an election free zone?  Well, you were wrong.
As a foreigner,  I intend to report on political developments in Cattaraugus County in this election year with scrupulous neutrality.
I can't tell you much as yet, except that the race is on. I know this because signs have started appearing in various bits of empty land around people's houses, commonly known around here as "yards".   A new, red sign at the junction at the bottom of our lane proclaims the cause of Mr Dan French. I thought at first that it would be a shoe-in for Mr French but then a rival, white  sign appeared, further down the road, supporting Mr Donald Yehl. At the moment, Mr French is still leading, with nine signs to four for Mr Yehl. And suddenly, there's a new kid on the block, Mr John Moshier. Well actually, he's the incumbent. His signs are white, with touches of blue and red and so far, there are three.  (I am confining myself, for the sake of accurate comparison, to the route from our house to the village Post Office, a round trip of some ten miles.)
I should add that Messrs French and Yehl, not to mention Mr Moshier, are vying for the job of Highway Superintendent.  (America votes for everyone, even, famously, in some places, the town dog-catcher.)  Who would think this post would be so coveted but of course highways are a challenge around here, what with snow and ice in winter and the resultant potholes in summer. There may be all sorts of other perks to the job of which I am unaware.
The only other signs that have appeared so far are those which read "2012 America vs Obama". These were designed by the Cattaraugus County Tea Party and sold in the hardware store. So far, I have counted seven on my route, against none for Mr Obama himself.   But it's still early days. In the interests of scupulous neutrality, I will keep you updated.
Posted by Alenka at 7:12 AM