Alas, a glitch in the system - this should have been published yesterday.

Sister-in-law and I, hoping for a little alligator-spotting, found a promising-looking swamp. 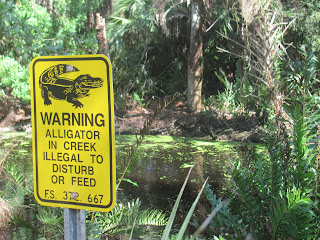 I wonder, is it necessary to have a law against feeding alligators? Would anyone in their right mind ... ? Oh well, this is America. People think differently. And I have heard that some of them like to chuck their Kentucky Fried Chicken leftovers off bridges and see what happens.
The swamp really did look more and more promising - murky waters, green slime, the works.. 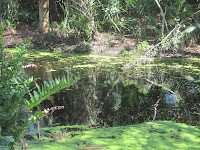 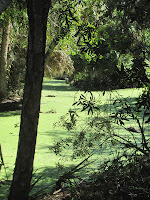 .
To think that the whole of Florida, before the golf courses, the skyscrapers and the gated communities took over,  once looked looked like this.
We did see some interesting plants 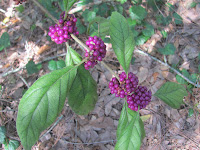 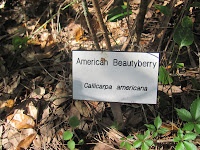 But not a single alligator. For that, we had to go back into downtown Naples and the swanky shopping district of 5th Avenue. 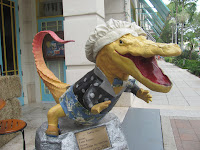 Which also contained many glamorous boutiques, one of which was presided over by a cat with a "lion cut". This means he was shaved, apart from his head and a tuft at the tip of his tail. To be fair, it can be hot in Florida, or the bits that air-conditioning doesn't reach can be.  I wonder what he thinks of it. 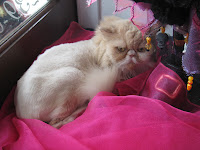 In fact, dogs and cats have it rather good here. 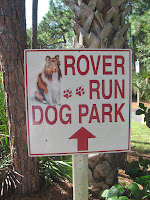 It took me a while to work this sign out. 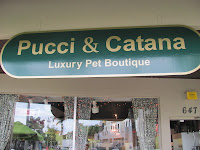 Meanwhile, back at base,  a Muscovy duck and his friend were far from home. Perhaps I should introduce them to their billionaire compatriots, who can afford to live in a part of Naples called Park Royal, where, apparently, a boathouse will set you back a million dollars. 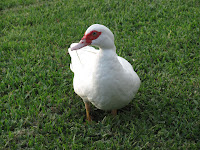 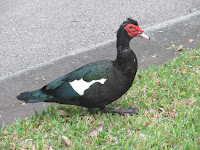 Some ibises were having a garden party. 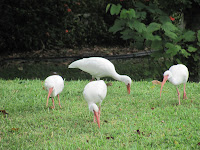 A hopeful egret was busy fishing. 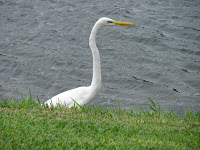 And this little chap was about his business. 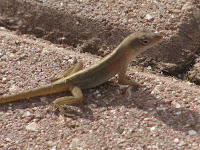 I expect they're all just waiting for the nuisance humans to scarper and the swamp to come back again.
Posted by Alenka at 1:00 PM