Road Trip: Through the Pennsylvania Wilds

We have been doing some serious meandering, up hill and down dale, up and over the steep road to the little settlement of Knapp Creek, once a prosperous oil town with several saloons and a Chinese laundry and now just a few shacks, then down again, through the golden, leafy hills of Pennsylvania, the colours getting more vivid, the views more spectacular, the country ever more vast and empty, as we travelled south. 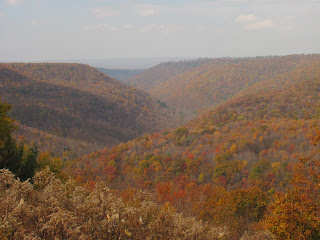 This is wild, hunting country.and bad news for my feathered friends.. 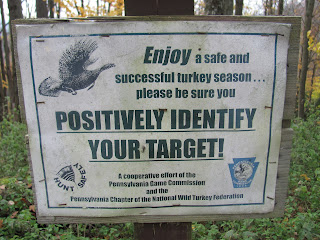 There is, allegedly, a giant herd of elk in these woods. Stately, oversized deer, more common out in the wild west. So far, I haven't seen one.
Then on through places like Boggs Township and Port Matilda and Emporium, where murals adorn the walls, part of a "Sylvan Heritage" scheme, we found out at the cafe. . The mural on the cafe wall was of the cafe owner's father. 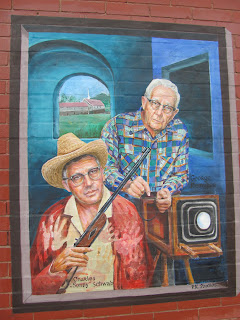 Rivers - the Susquehana, later the Potomac - and railways ran beside the road and once a long, long coal train chugged past.  A giant billboard of, of all people, Susan Boyle, loomed ahead. I didn't catch what it was meant to be advertising.  In this poor, rural area the signs were overwhelmingly  for Romney/Ryan.  One defiant sign read "Coal. Fire Obama", a bumper sticker, "Obamunism". 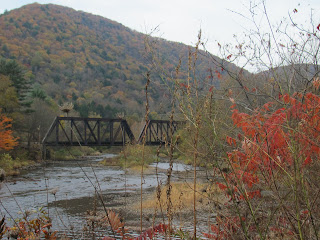 Finally into Maryland and West Virginia and in Cumberland, in a restored railway station, this stupendous sight: 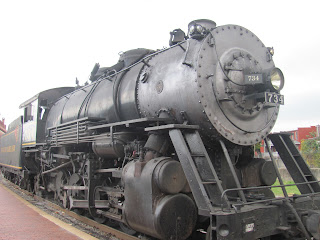 The giant engine puffed up and down and a party of Amish children watched it from the platform in their Victorian dresses and straw hats.  For a few minutes, we were back in time.
Posted by Alenka at 8:25 PM