Forget* cowboys - Stetson is a university in northern Florida, in a town called DeLand, which surprised us with its lovely main street and many competing coffee shops.( Finding good coffee on a road trip being a challenge.) Most small towns we've driven through have a so-called historic district, often leaving a lot to the imagination but this was better than most. 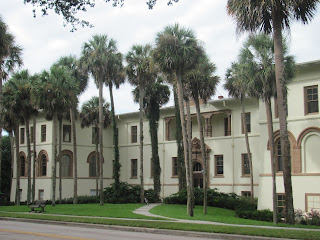 Best, though was the Stetson campus, which was quite lovely. 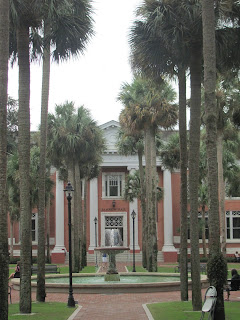 And included the oldest building - old by American standards, having been built in 1884, called Deland Hall. 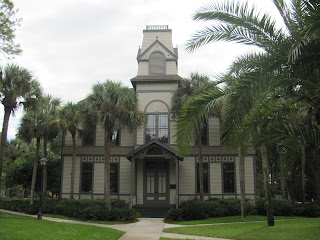 * Not quite - the Stetson hat manufacturer was a benefactor, which explains the name. You learn something new every day.