If you are looking for thrilling day-after-the-historic-storm anecdotes from Cattaraugus County, you will be disappointed. I suggest you turn to the BBC News.  Once again, Western New York is the Big Apple and New England's poor relation. We didn't even get three inches, darn it! Let alone three feet! 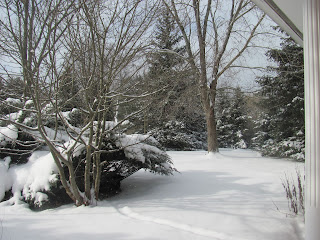 And just a light dusting on the woodpile. 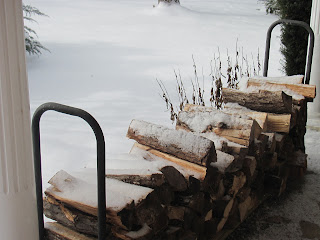 And people had been getting so excited too. A lady grabbed me in the Post Office, half-trembling anticipation in her eyes, the sort where you're about to spread someone else's bad news, "Is the rain turning to snow yet?  The YMCA changing room Jeremiah-esses tut-tutted and shook their heads at the impending catastrophe. I have discovered that no one, no, not even the British, can beat Western New Yorkers at talking about the weather. "Stay warm!" is the normal valedictory.
I hear the sound of desultory scraping, evidently hubby keeping his snow-shovelling muscles in trim. But it doesn't last long. A long-time Western New Yorker, unlike me, he wonders what all the fuss is about, even in faraway Boston,  "Historic? Come on! It's just an old-fashioned winter storm, the kind we used to get all the time." I sympathise with the media, though, it can be pretty exasperating when a big buildup turns into nothing much. Here, we're told that it was much worse while we were in Florida.  And you know something, while I sometimes miss no longer being at the centre of international drama, I'm not complaining. 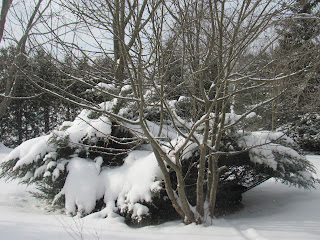